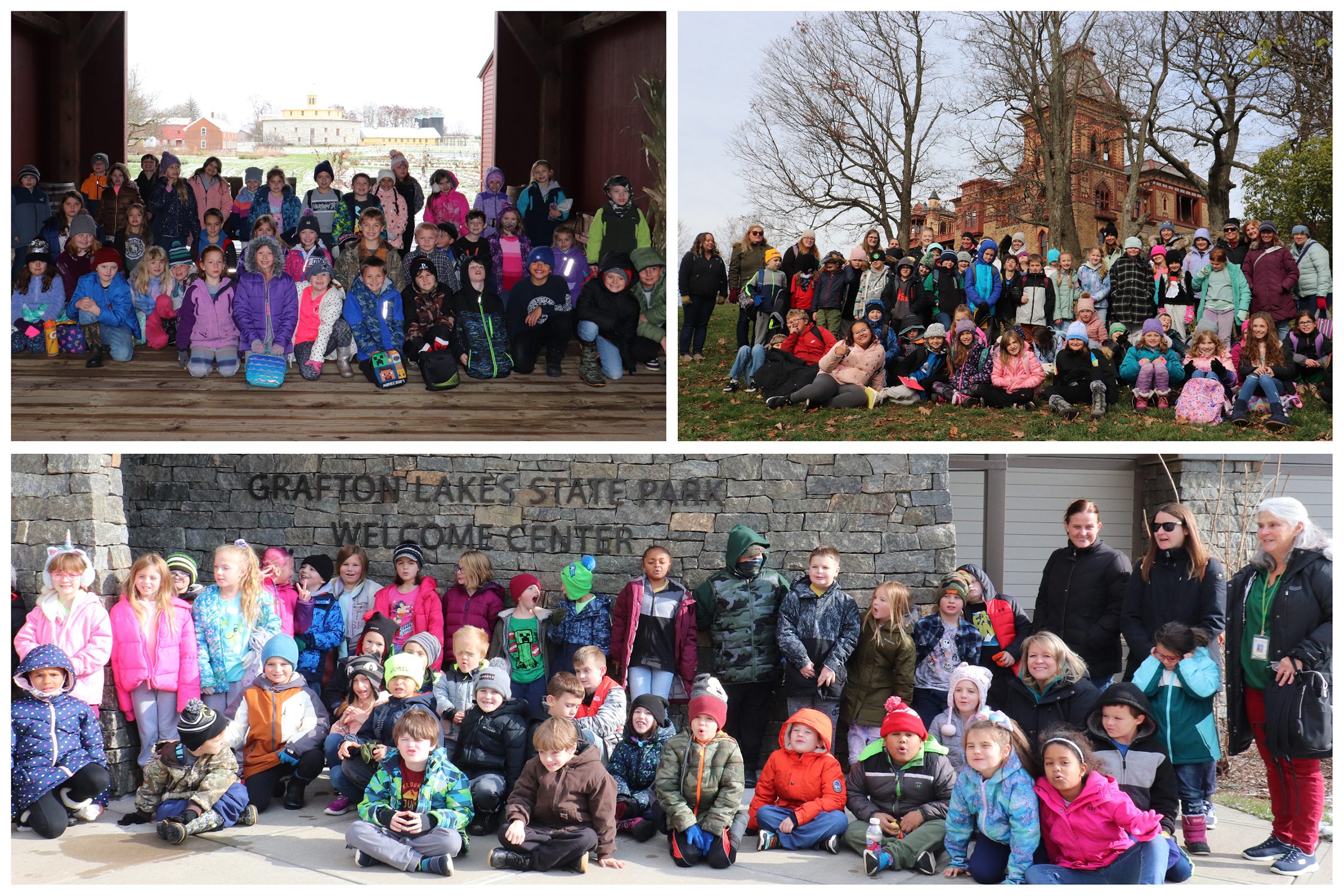 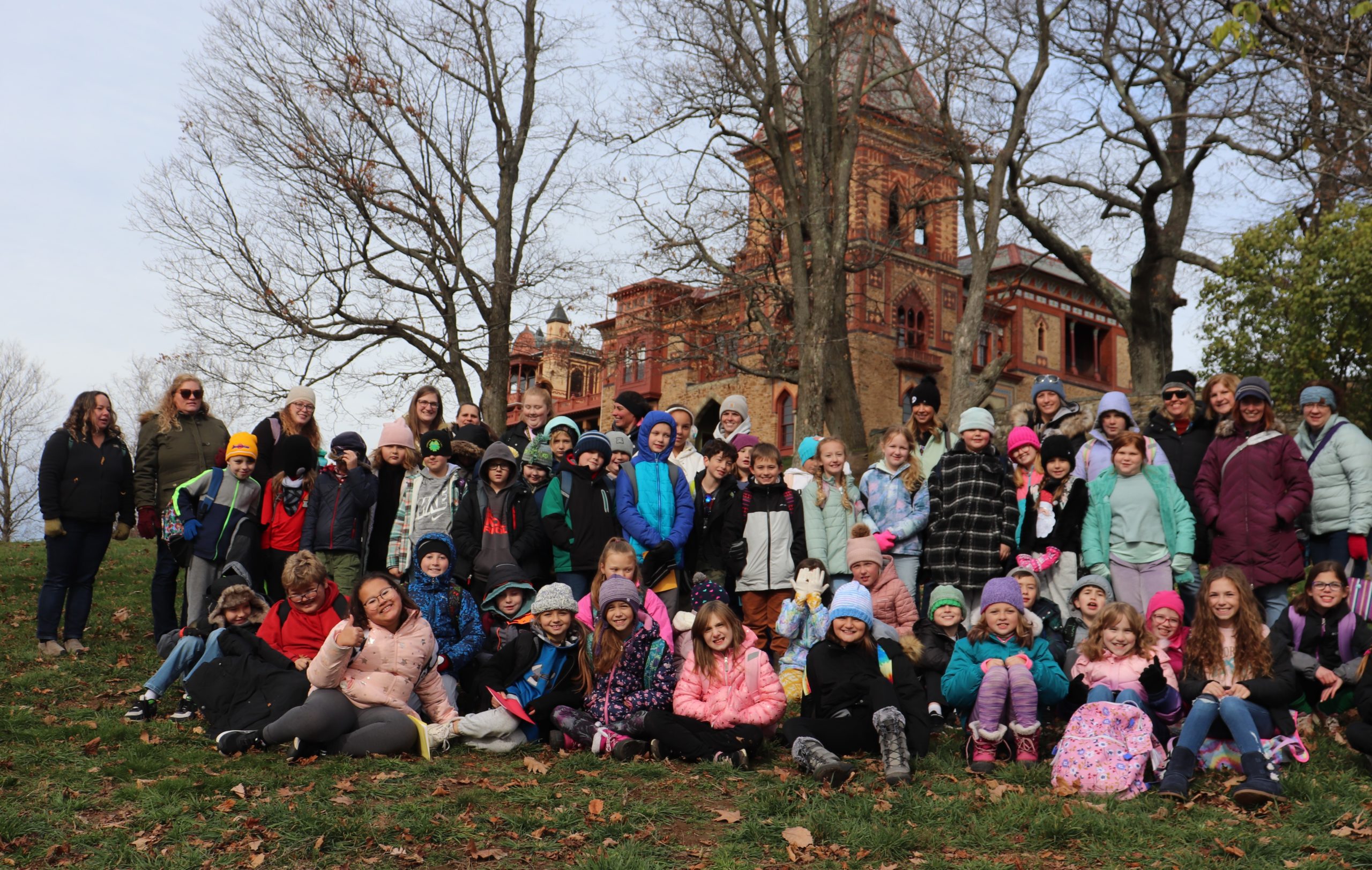 Ms. MacDonald’s 4th grade art classes have been studying American Landscape art and Church’s friend and teacher, Thomas Cole. Working in his own home (also an historical site) across the river from Olana, Cole was the founder of The Hudson River School.

The Berlin students are learning about the three elements of landscape painting – foreground, middle ground, and background. On their field trip to Olana, they sketched the landscape from observation, including the three elements. They used a viewfinder to help frame their compositions.

Surrounded by the beautiful vista of the Hudson River and Catskill Mountains the fourth-graders had an “immersive lesson” from Mrs. Kneer. She highlighted the many unique characteristics of the Hudson and its significance to Native Americans, explorers, and trader in the 1600s.

The fourth graders also have been studying the Iroquois and are transitioning to early explorers like Henry Hudson, who sailed up the river (named after him). This background made Olana the perfect environment for both their art and social studies lessons.

A highlight from Mrs. Kneer’s lesson was learning that the Hudson River is an estuary. An estuary is where seawater pushes into fresh water, creating a mixture called “brackish water.” The Hudson is saltier at its mouth, where it meets the Atlantic Ocean in New York Harbor, than 153 miles up the Hudson River in Troy.

This brackish water attracts 200 species of fish, and was bountiful for Native Americans and early colonists alike. The Hudson is one of the 14 “American Heritage Rivers” because of its rich history.

The fourth grade Mountaineers immersed themselves in the lessons and were able to sketch pictures of what they are studying in the classroom.

The students were grateful for Mrs. MacDonald and Mrs. Kneer guiding the cross-curricular outing. Mrs. MacDonald will soon be sharing the fourth grader’s landscape art inspired by the trip. 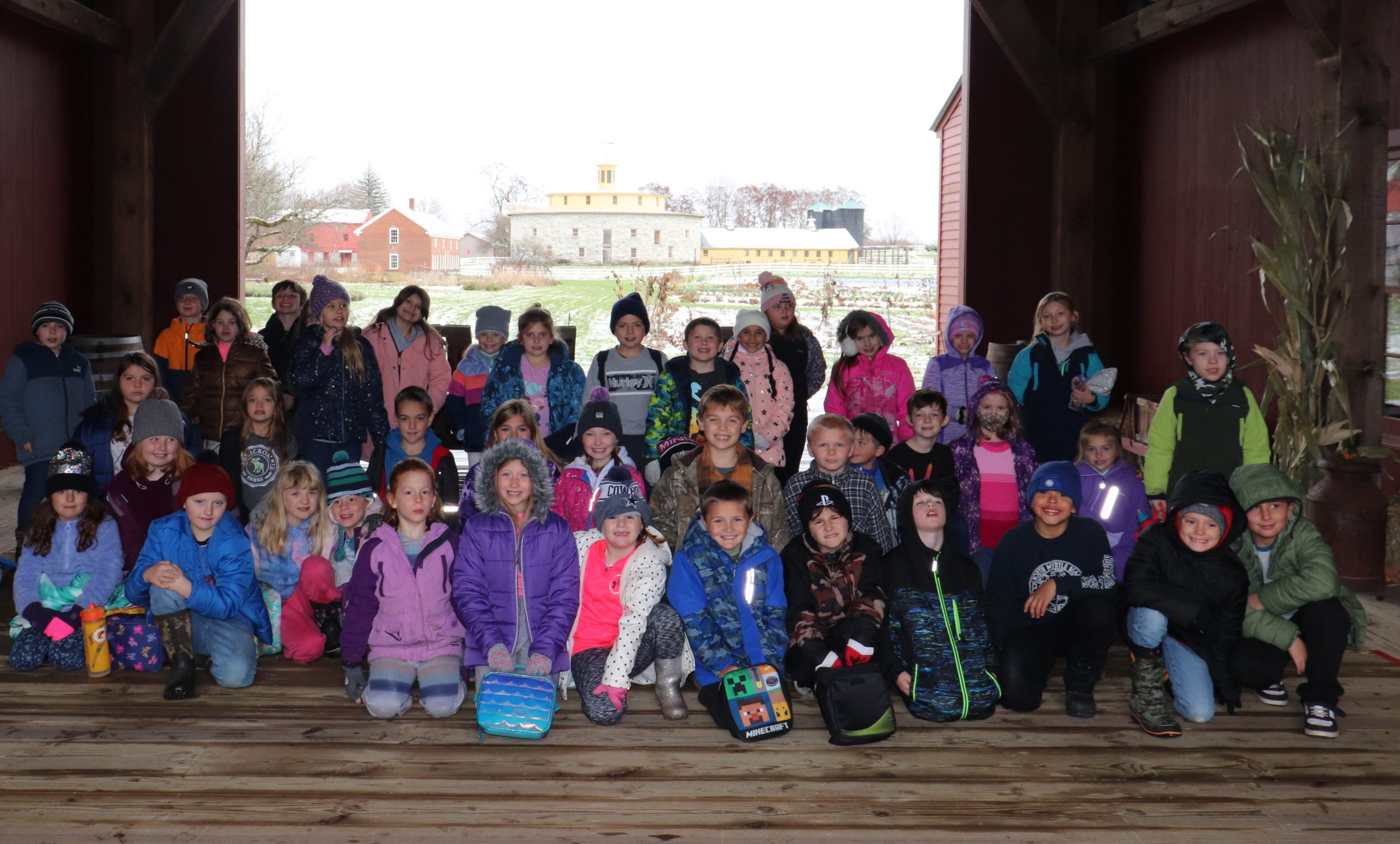 The third grade Mountaineers were able to tour the Shaker Village and visit the 1830 Brick Dwelling, the Round Stone Barn, the Schoolhouse, and the Discovery Barn. The students rotated through the historic Shaker buildings and learned about their way of life and how they settled and thrived in their village.

This visit was a way to experience a historical setting that had similarities and contrast to their current study of the Pilgrims.

The Mountaineers had a great visit and were excited to be out on a field trip once again.

Thank you third grade team and the BCSD Transportation Department for making it a special day for the Mountaineers! 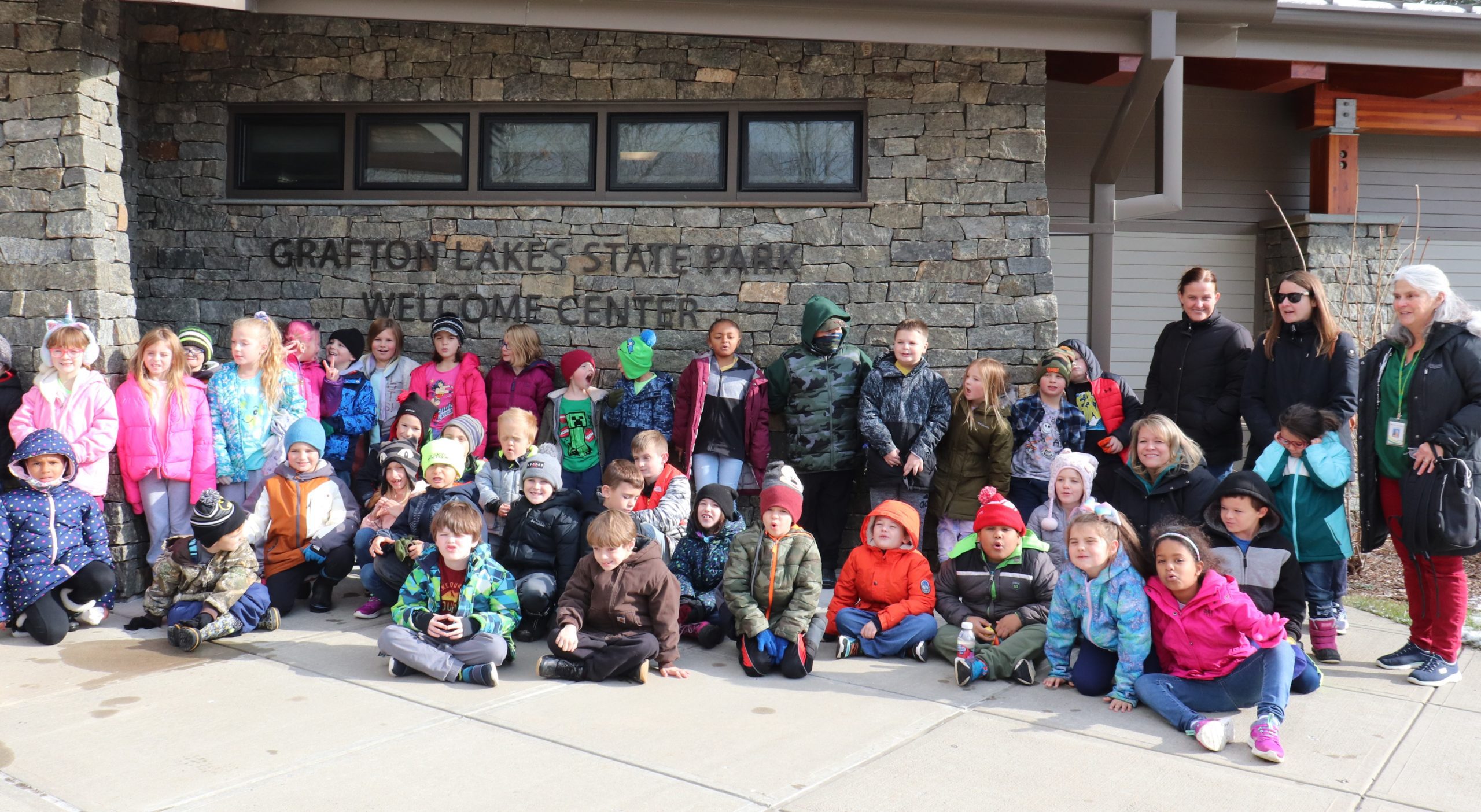 Second Grade Mountaineers in Mrs. Nichols, Mrs. Ruebel, Mrs. Healy and Mrs. Tregger’s classes took a field trip to Grafton Lakes State Park on Friday, November 18th. This trip was to immerse the students in a lesson of animal adaptation which included learning about predators and prey.

Grafton State Park educators welcomed the students to the Visitors Center and split them into two groups. One group went inside to the Visitors Center’s classroom for a lesson from Ms. Savannah Wilson, an Environmental Educator, where they were first introduced to Match, the Box Turtle and Spaghetti, the Ball Python. The students learned and studied first-hand the unique features of each of the species, how they adapt and what they do to survive in the different climates.

In the second activity students went outdoors with Ms. Grace Brennan, who led a lesson on predators and prey which included an active game. In the game students selected to be coyotes or squirrels surviving winter. They learned that although it may be exciting to be a predator coyote, if everyone selected to be coyotes in the game the amount of prey was scarce making it difficult survive.

The second graders had a great time being out in their local environment and ended the visit with an approving chorus of coyote howling.

Thank you to the Grafton Lake State Park educators, second grade team and the BCSD Transportation Department for making it such a great trip for the Mountaineers.