BMHS is fielding a Modified, Junior Varsity and Varsity Masterminds team again this year as an extracurricular opportunity for students to represent their school in an interscholastic setting.
The quiz bowl competition is for students who enjoy games like Jeopardy and Trivial Pursuit. The quiz questions range in topics from art, biology, chemistry, current events, geography, history, literature, music, political science, pop culture, religion and sports.
The Berlin Masterminds are excited to be competing back in person again this year. They played their first match of the year at home on Friday, November 12th.
Congratulations to Raymond Ericson, Connor Sniger, Jacob Brazie, Matthew Hart, Riley Smith and Austin Meyette who all competed on the Varsity team and won two out of three of their matches! The final scores were: 145 to 50 against Tamarac, 165 to 90 against Holy Names and they played well but couldn’t hold on in a close match against Troy! 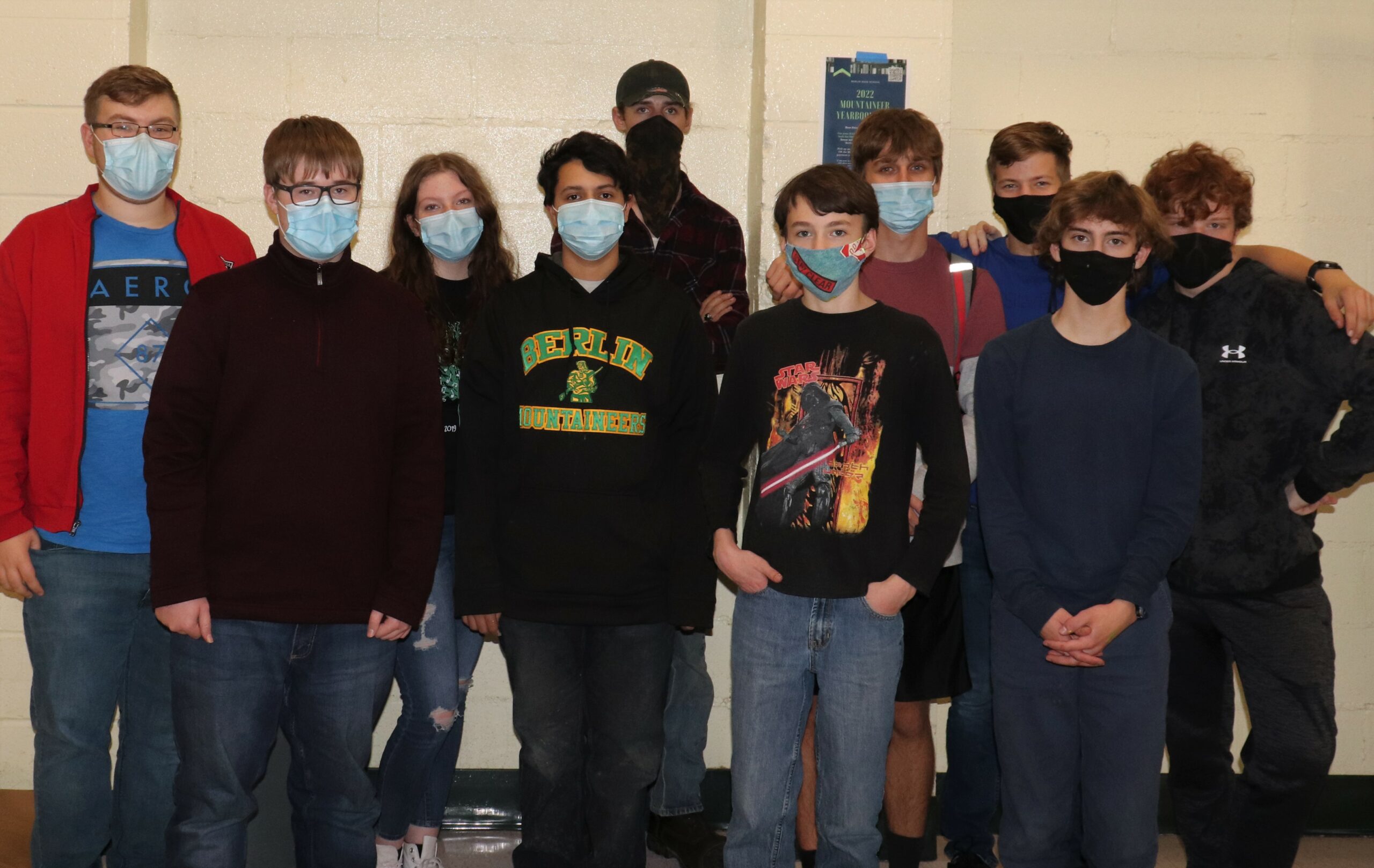