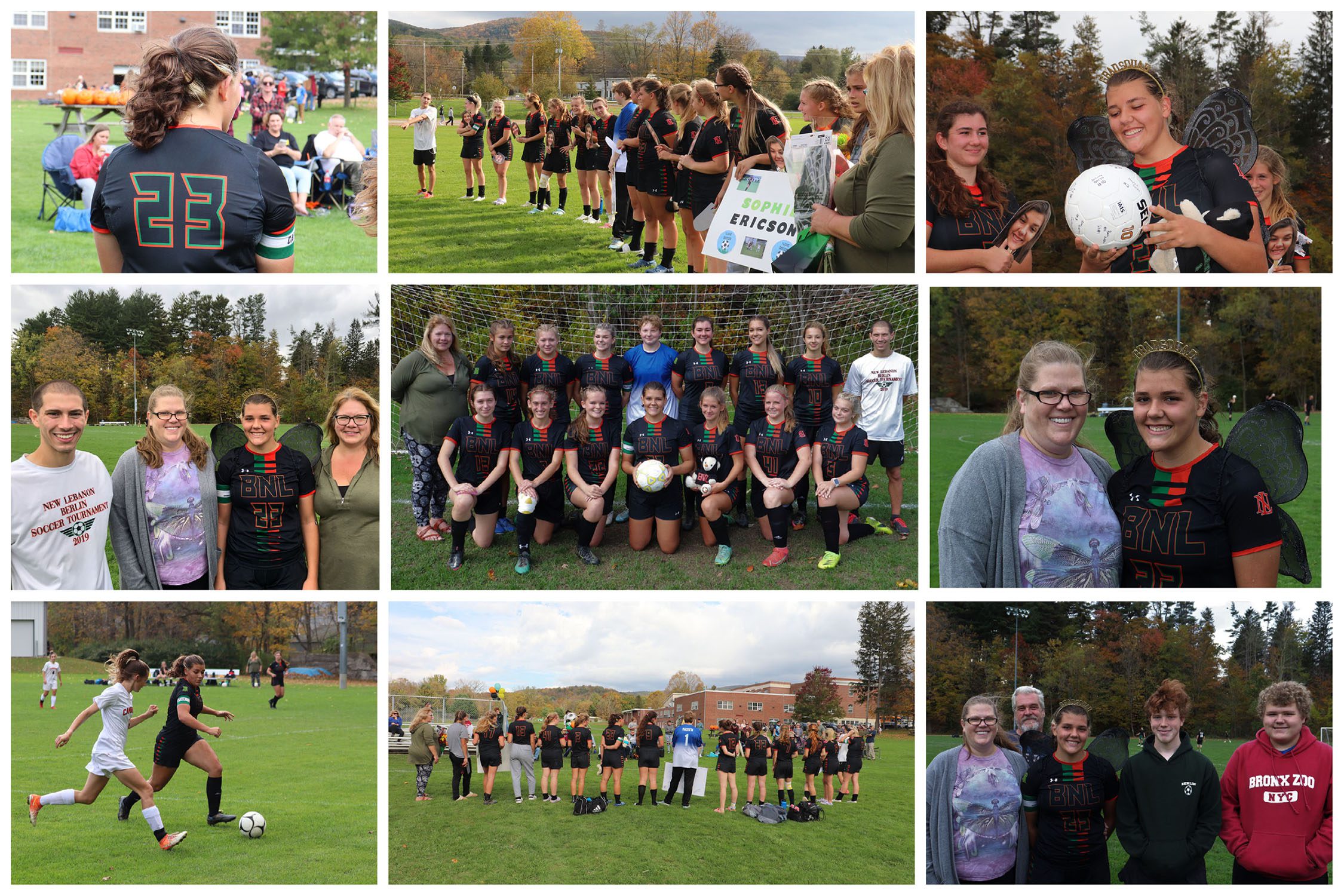 The BNL girls varsity soccer team ended its season strong on Saturday 10/16, with a 2-0 win over Cambridge to celebrate their senior game. In an impressive performance, BNL locked down the opposing Cambridge offense in the first half, and worked hard to disrupt their opponent’s possession of the ball. The second half, BNL really gained momentum, and began to apply pressure to the Cambridge goal. Jessica Bosso took the lead for BNL scoring her second goal of the year after making a smart diagonal through run to get in 1 v 1 with the keeper. Riley Robertson scored her first varsity career goal in similar fashion to make the score 2-0. Despite Cambridge being awarded a penalty in the box, keeper Becca Madsen stepped up big to save the spot kick and keep the clean sheet for BNL.Coach Kanofsky and Day want everyone to know how proud they are of this group, and how excited they are for the future of the program! Congratulations to Berlin Senior Sophie Ericson!
-Coach Kanofsky and Coach Day