Just before break the Berlin bowlers finished their regular season matches on a high note, rolling a new high match total of 2,893 against Mechanicville. The Mountaineers started the match by setting a new high game total of 1,061 – the first time in team history that the bowlers have scored over 1,000 for a game total!

All Varsity bowlers were on a roll during game one. Kasey Billert led the way with a 189, Logan Dunlop had a 179, Rhiannon Dawes and Matthew Hart each shot 177, Daniel Hunt had a 172, and Jacob Brazie had a nice 167. The bowlers won the first match point with that impressive game, making the match 4-1 and taking a point from one of the best teams in the league. Daniel Hunt had a nice 561 with an outstanding 231 game; Rhiannon Dawes had her first 500 series ever – ending the day with a 180 for a 513, and Kasey Billert was close behind with a 487.

On JV Micayla Price started the day with a s142 and Paris DeFilippis had a nice 120 game. The Mountaineers plan to close the season on March 5th when they compete in the league tournament. 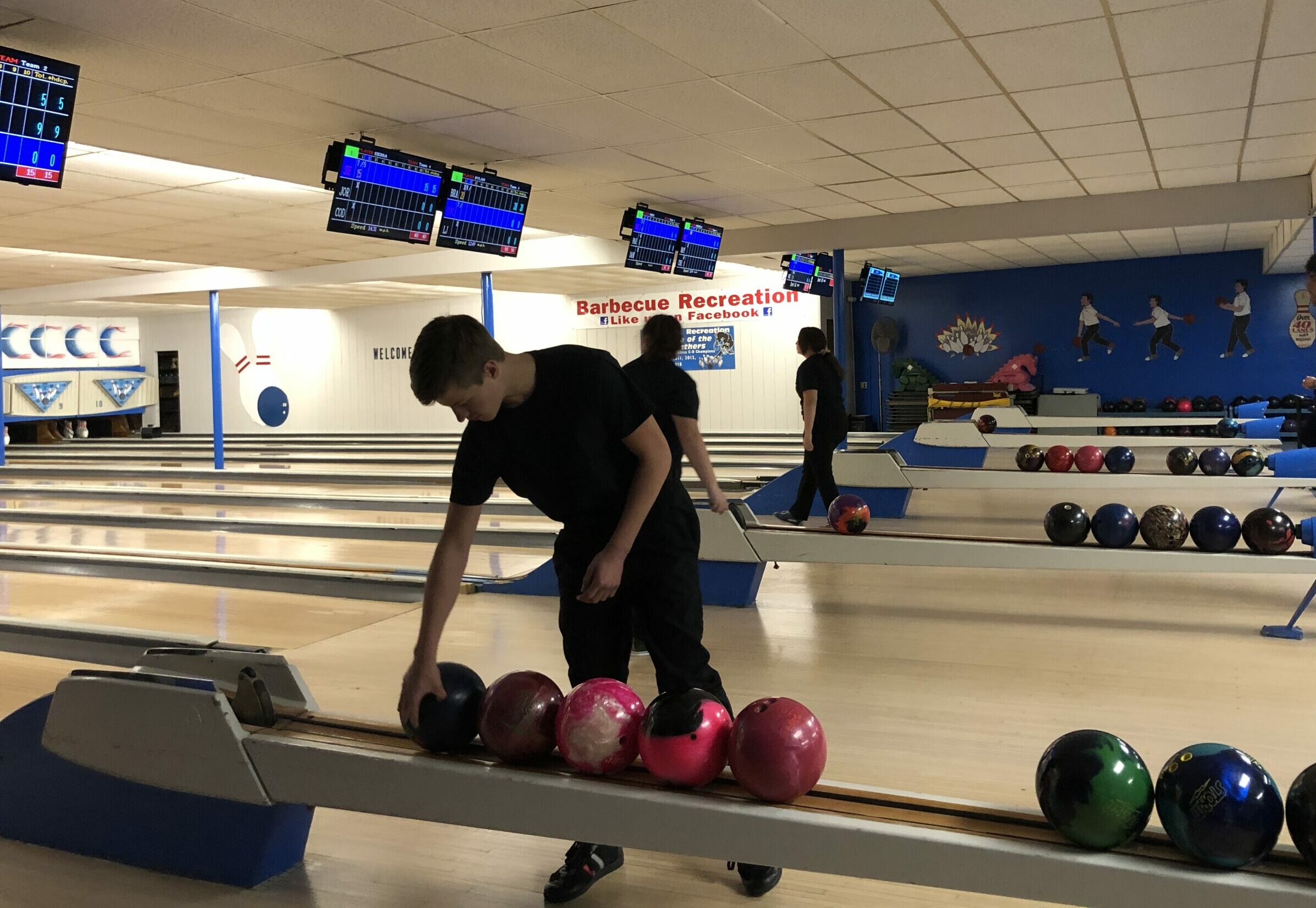