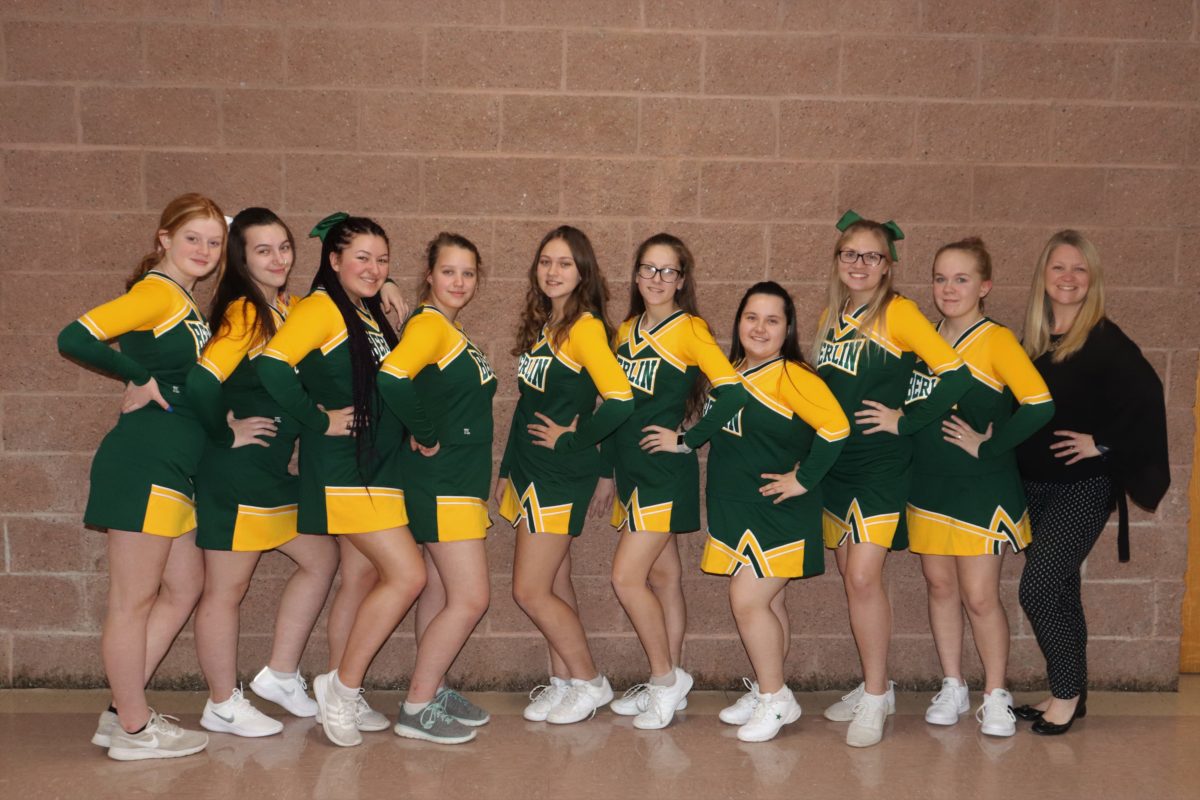 The student athletes have been hard at work practicing for this 2019-2020 Winter Athletic Season which kicked off gameplay before the Thanksgiving break.

Come out and support the sports programs this Saturday 12/14 at Mountain Madness from 8 am – 8pm hosted by the Berlin/New Lebanon Booster Club. It is sure to be a great time and a wonderful opportunity to show your pride and support for the student athletes. The 3rd Annual event has fun for everyone with basketball games all day, concessions, halftime contests, prizes and a raffle.

Stay tuned for the weekly sports news and game schedules

The girls JV basketball team started their season against on 11/26. The game stayed close until the 3rd quarter when Coxsackie-Athens made a strong run to take over and win 40 to 14. Acelyn Plouff and Sophie Ericson had strong rebounding and defensive play while Berlin/New Lebanon had 4 different girls score. Sam Rokjer led the team with 4 buckets followed by Kenzie Kause, Destiny Wager, and Acelyn getting one each.

Berlin’s Bowling Team hit the lanes at an away match last night against Stillwater. The team showed a huge improvement from the first match, setting a new high team series during Game 2 and a high overall match series of 2,032. All bowlers had strong games despite the challenge of a new bowling alley. High scores for Varsity were: Cody Hunt with a 142 game and a 356 series, Danny Hunt with a 141 game and a 373 series, Jordanne Brazie with a 137 game and a 350 series, Sierra Pettibone with a 128, 126, and a 349 series. Other notable games were 126 by Mica Price and 116 and 112 by Rhiannon Dawes.

The Berlin Bowling team finally took a point in their home match against Waterford. The pins aligned, and struck, during game 3 of the match – bringing the Berlin bowlers a 719-694 game win. The entire match was close, with games 1 and 2 having team scores within a hundred pins. Notable series from the match were: Danny Hunt with a 401, Jordanne Brazie with a 377, and Cody Hunt with a 356. Other individual high games were: Danny Hunt with a 167, Cody Hunt with a 135, Rhiannon Dawes and Jordanne Brazie with 134s, Sierra Pettibone with a 115, and Micayla Price with a 114.

Girls modified “A” team played their first combined Berlin/New Lebanon game against a well-organized Hoosick Falls “A” team on 12/9. We struggled to find our rhythm in the first half & started off the second half with a better orchestrated offense and our defense came together, but the damage had already been done. Overall, a strong effort that we hope to build on this Saturday at Mountain Madness. High scorer was Rebecca Madsen with 10 points. Riley Robertson added 4 points. Nikki Minkler had 1 bucket & Hailey Arnold contributed a bucket & 1.

The girls modified “B” team had a fantastic start their season with a win over Hoosick Falls with a score of 22 – 14. Rilynn Jones led the scoreboard with 15 points and Lilly Gardell with 7…the team had 7 fouls the entire game and presented with a stellar defense…keep up your hard work ladies.

The Boys Varsity Basketball team traveled to Hoosick Falls 12/9 for their first game of the season. Nerves got the better of the team towards the end of the first quarter, which put them behind early on. Coming out of the half they rallied to win the 3rd quarter, but it wasn’t enough to overcome the early deficit. The team played solid defense, limited their fouls on a much larger team, and ran their press breaks flawlessly throughout the night. Leading the team was Malachi Ritter with 21 points on 7-16 shooting, followed by Shawn Pawlows with 10 points on 4 for 9 shooting. Our next game is at New Lebanon HS against Heatly on Wednesday at 6:00 PM. Come support the team if you are free!

The bowling team continues to show improvement and make incredible gains. Leading the team during 12/10’s match against Hoosick Falls was Jake Brazie. Jake started the day on JV but after an impressive 157 game he was quickly moved to varsity where he then scored an outstanding 184 and 144 for a 485 series. Logan Dunlop also made a mid-match jump up to varsity after throwing a fantastic 162 game to start the day. He then followed up with a 126 and an 88, ending the day with a 376. Other impressive scores were from Cody Hunt with a high game of 142 and series of 396, Rhiannon Dawes with a high game of 129 for a 366, and Danny Hunt with a high game of 157 for a 344.

The boys Varsity Basketball team defeated the Heatley Hornets 12/11 at New Lebanon bringing them to a 1-1 record this season. The team was led in points by Shawn Pawlows with 12 points, Roman Kane with 7 steals, and Malachi Ritter with 10 rebounds. While it was an inefficient scoring night, with only 42 points overall, they held the Hornets to just 5 points in the first half, and 29 overall. Their press and communication on defense were impressive factors last night, considering the difficult practice schedule they have been presented with this year.

Our Berlin bowlers took to the lanes last night in their third match of the week, this time against Mechanicville. The team set its personal best match score with a 2,268 and two new team game personal records of 788 and 799. Jordanne Brazie led the team for series with a 423, scoring a high game of 155. Closely behind were Cody Hunt with a 415 and Rhiannon Dawes with a 414. Cody had a high game of 151 and Rhiannon had a high of 155. Other high games of the day were: Jacob Brazie with a 188, Danny Hunt with a 163, and Logan Dunlop with a 129. The team gets a well deserved rest this weekend before facing three more matches next week.