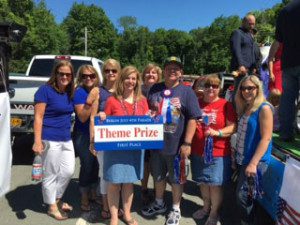 BCSD participated in Berlin’s 2016 4th of July Parade and took first place for their float.  The theme was ‘Education Through the Ages’ and covered three time periods, which were 1776, 1936, and present day.  Costumes and props identified each of the time periods.  Students and parents dressed as if they lived in the colonial age and carried horn books to represent the year we won our independence.  1936 is the year our elementary building was built.  This was depicted in black and white, and had a “classroom” with a teacher and students that represented that era.  Lastly, we had a current day classroom with students, adults, and materials, such as, lap tops, microscopes, and pan balances.  It was a fun event for all that participated.  Superintendent, Dr. Stephen Young and 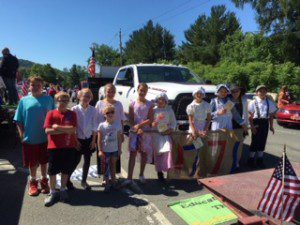