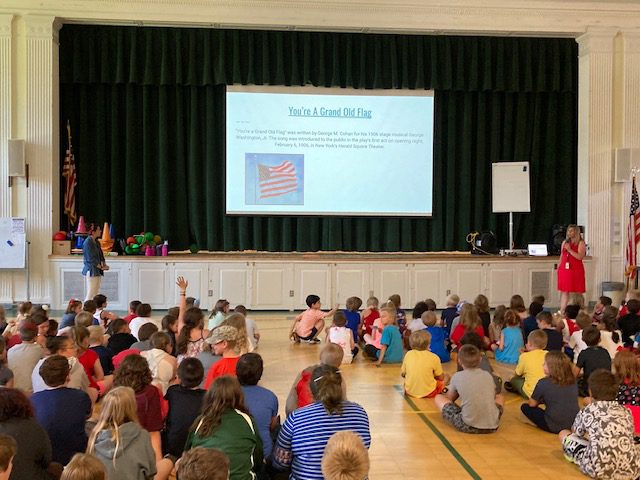 Flag Day is celebrated each year on June 14, marking the adoption of the flag of the United States on the same day in 1777. It was adopted through a resolution of the Second Continental Congress that stated:

“Resolved, That the flag of the thirteen United States be thirteen stripes, alternate red and white; that the union be thirteen stars, white in a blue field, representing a new constellation.”

The students were given information about the celebration of Flag Day and then learned about and sang along to patriotic songs celebrating the American Flag.

Please see the slideshow that was shared below which includes links to each song.