The BNL Boys JV Soccer Team beat Doane Stuart at home 5-3. Good ball control by midfielders Morgan Lawless and Logan Healy led to Chris Shorter getting 3 goals. Logan Healy added a goal off a penalty kick and Jared Bruns popped one in from the corner. Kaleb Sweener had 8 tough saves in goal.

The guys travel to Tamarac on Thursday!

The boys modified soccer came up just short in Stillwater falling 2-1. The lone BNL goal was scored by Zeke Collins- it was a great move to get open followed by a beautiful shot for the goal. The offensive effort was led by the midfield of Cameron VanDyke, Hayden Chittenden, and Lukas Zuke. Brooklyn Hayes played a strong game in the goal, making some difficult saves to keep BNL in the game. Keep fighting and improving boys!!

In a tough matchup against Stillwater, BNL girls started out slow, but came together in the second half.  Vivienne Powers (NL), Emma Shorter (Berlin), and Celia Bautista (Berlin) all had great shots on goal but couldn’t quite find the net.  Anna Ward had another great game in goal, with 18 saves!

BNL has their first home game on Wednesday at 4:30.

On Friday night, our Modified Girls Volleyball team traveled to Waterford. After an initial defeat in the 1st set, our B team came back and won the 2nd set 25-23. The A team then came out and took the match with a 25-20 win in the 3rd set. Layla Yerdon and Julia Stickles found their groove and scored 8 and 9 points for their respective teams. Holly White was the overall player of the game with her unstoppable attitude, effort and energy. We play again this Wednesday at BHS against Cambridge.

Come cheer on these amazing athletes! 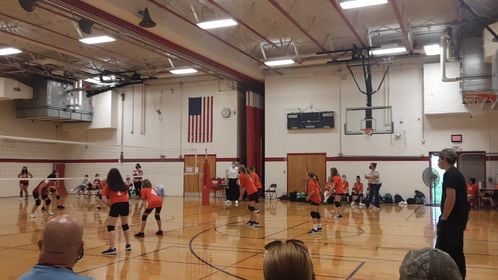