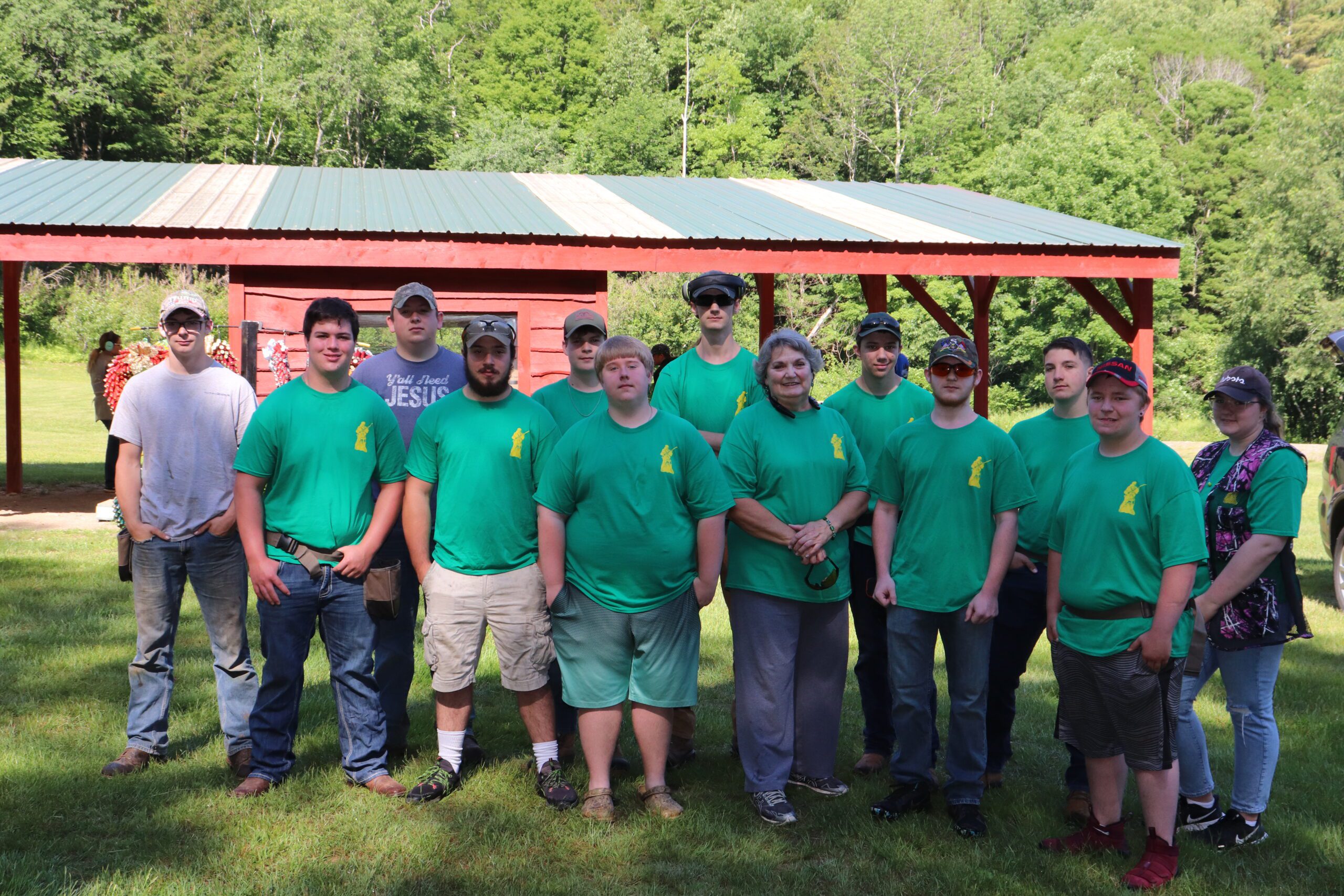 On Sunday, June 13, the Berlin MSHS Clay Target Team and the Hoosick Falls Trap team met at the Berlin Rod & Gun Club to shoot scores for the NYS Tournament.  All twelve Berlin athletes and their parents turned out to enjoy the day.  The Hoosick Falls team was invited to join us as the NY State Tournament in Cicero, NY was cancelled due to earlier COVID restrictions.  Hoosick Falls fielded eight students.  Tournament scores will be posted on the NYS Clay Target League website on June 22 as all NY teams have through June 20 to shoot their scores.

Capital District Sportsmen sponsored the event by paying for the targets and giving each team hats to award as prizes.  Shotshell wreaths were on display and any proceeds went to the Berlin team.

It was a beautiful sunny day in Berlin.  Both teams shot well and everyone seemed to have a good time.  They enjoyed hot dogs and Stewarts provided ice cream sundaes.  Plenty of pictures were taken and awards were handed out at the end of the day.  Congratulations to all our team on a great season.

Coaches, Bob and June Hoffman would like to thank the athletes for being safe, responsible, and respectful and their parents for sharing their children with us.  We would also like to thank them for the beautiful plant and dining gift card.  Also, thank you to all the people who have supported our team by purchasing T-shirts, Bunny Easter Baskets, wreaths, and other craft items.  We would especially like to thank Berlin Rod & Gun Club for hosting our team this season, Nassau Sportsmen’s Association for having us down for practice on their two fields, Capital District Sportsmen for sponsoning our tournament, the Hoosick Falls team and coaches for making our day special by joining us for the tournament, and Stewarts for providing ice cream sundaes.

We are looking forward to next year.  If you will be in grades 8 – 12 in Berlin MSHS next September and are interested in participating in trap shooting, contact us at hoffman175@gmail.com for more information.

Have a safe, healthy, and happy summer!