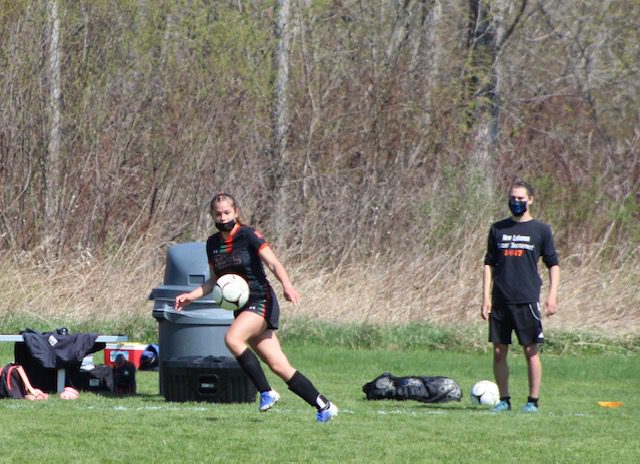 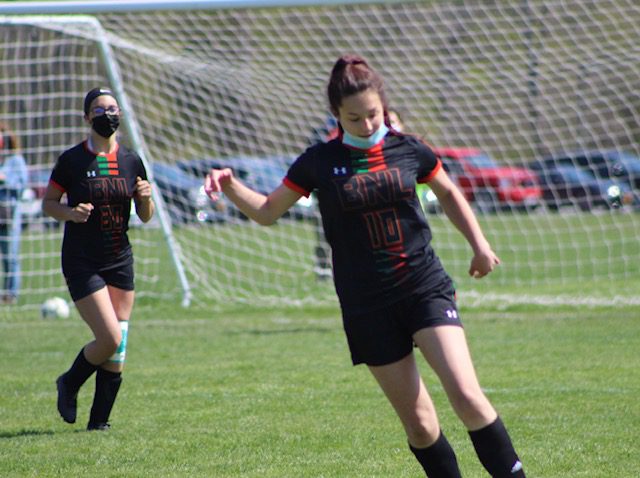 Over the April break BNL traveled to Mechanicville and lost 8-0 to the Raiders, it was a tough match as they are the reigning league champions. However, last night the BNL ladies faced Mechanicville again. Coaches K & Day made a bold decision to see what the future looks like for BNL and with the exception of Kai Krause in the goal, the BNL seniors started the game…on the bench. It was exciting to watch as the future of BNL soccer held Mechanicville to 0-0 for the first 10 minutes of the game. Then the seniors went in and continued to keep the score at goose eggs till the half.
Coming back into play for the second half, as the rain decided to make an appearance, Rachel Bortnick was able to find the back of the net on a breakaway putting BNL up 1-0. Mechanicville’s frustration was growing in leaps and bounds which pushed them to find their first goal of the game. Tied 1-1, an odd call in the penalty box gave Mechanicville a PK which put them up 2-1. BNL fought hard to get one more goal, playing their best game of the season but just could not get it. BNL may not have gotten the W but they most certainly were victorious. -Coaches K & Day