The Berlin bowlers took to the lanes on Thursday for a match against Saratoga Catholic. The bowlers managed to take a point in the second game, shooting a 990 against Saratoga Catholic’s 925. This is the first time Berlin has ever taken a point from Saratoga, marking yesterday’s match as an impressive feat. Kasey Billert led the team with a 581, starting his day with a 201 then a very impressive 233. Danny Hunt was close behind with a 532 series, shooting a consistent 175, 165, 192. Next was Jordanne Brazie who recovered after a low first game, shooting a 215 and then a 161. The 215 was Jordanne’s first ever 200 and it was a clean game (no opens), congratulations Jordanne! On JV, Logan Dunlop had a strong 159 and Micayla Price had a nice 131. Alex Reinhart had his personal best day, shooting 102, 103, 136 for a 341. That is Alex’s new high series and new high game with the 136, congratulations Alex! The team bowls this Saturday against Stillwater and they are still awaiting results from last week’s match against Hoosic Valley. Keep it rolling, Mountaineers! 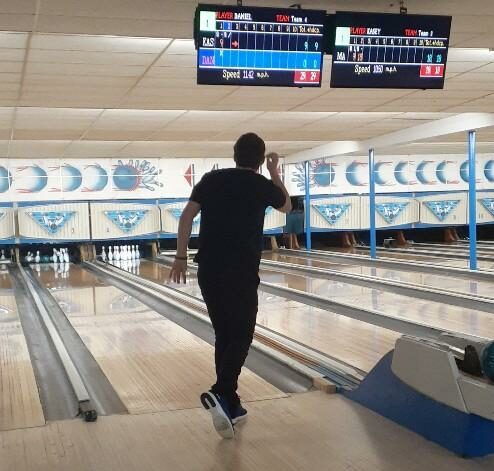