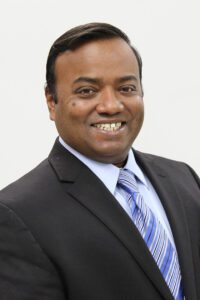 The Berlin CSD Board of Education selected Aditya Joseph Dhara to be its next superintendent of schools, effective February 1, 2021. Dhara was appointed by the Board during at its December 15, 2020 meeting. He will succeed Dr. Stephen Young, who is retiring from the school district.

“I am honored to be selected as the next Superintendent of Berlin Central School District. I had the pleasure of visiting the district’s towns during my candidacy and speaking with residents. I was extremely impressed with the sense of community and the strong support for education that exists here. I look forward to meeting the students, staff, parents and community members, and working collaboratively with all stakeholders,” said Dhara.

Dhara comes to Berlin CSD from the Schenectady City School District where he serves as the Assistant District Director of Human Resources and the Coordinator of Math, Science, and Business. He was previously an administrator and instructional coach in Syracuse and a middle school Principal in Ithaca. He also served as an administrator in Cicero-North Syracuse, OCM BOCES, Cortland Junior-Senior High School and DeRuyter Central School District. He started his educational career as a Math teacher and departmental chair in Syracuse.

He is a certified math teacher, school building leader and school district leader. He also has a master’s degree in Electrical Engineering from Syracuse University. Prior to becoming a math teacher, Dhara was a Radio Frequency Electrical Engineer at Phillips Broadband Networks and the Director of Business Development for Arcom Labs in Syracuse. Dhara grew up in a small town in India and came to the United States to pursue higher education. He has been a resident of upstate New York for the past two decades.

Board President Frank Zwack said Dhara stood out among a strong pool of candidates. “Joseph Dhara brings enthusiasm and a passion for public education. His research into the position and district in addition to his ability to connect with others will serve him well in this leadership role. We look forward to working with him,” said Zwack.

The Berlin CSD Board of Education offered Dhara the superintendent position following an extensive search and interview process, which started in September 2020. Zwack said the community’s feedback was reflected in the development of a recruitment brochure and the interview questions.

The Board asked the community to provide feedback on the desired characteristics of the next superintendent and to list questions they would want to ask candidates. More than 125 people submitted feedback via an online survey in September. The position was then advertised across the state and country in September and October.

The Board interviewed six candidates in early November and asked a stakeholder group to interview four semi-finalists in mid-November. This group – which included 14 parents, staff, and community members – provided the board with additional data, which was used to narrow the pool to two finalists. Finalists were interviewed by the board on November 24 and asked to present an entry plan. Questar III BOCES assisted the Board with its search process.