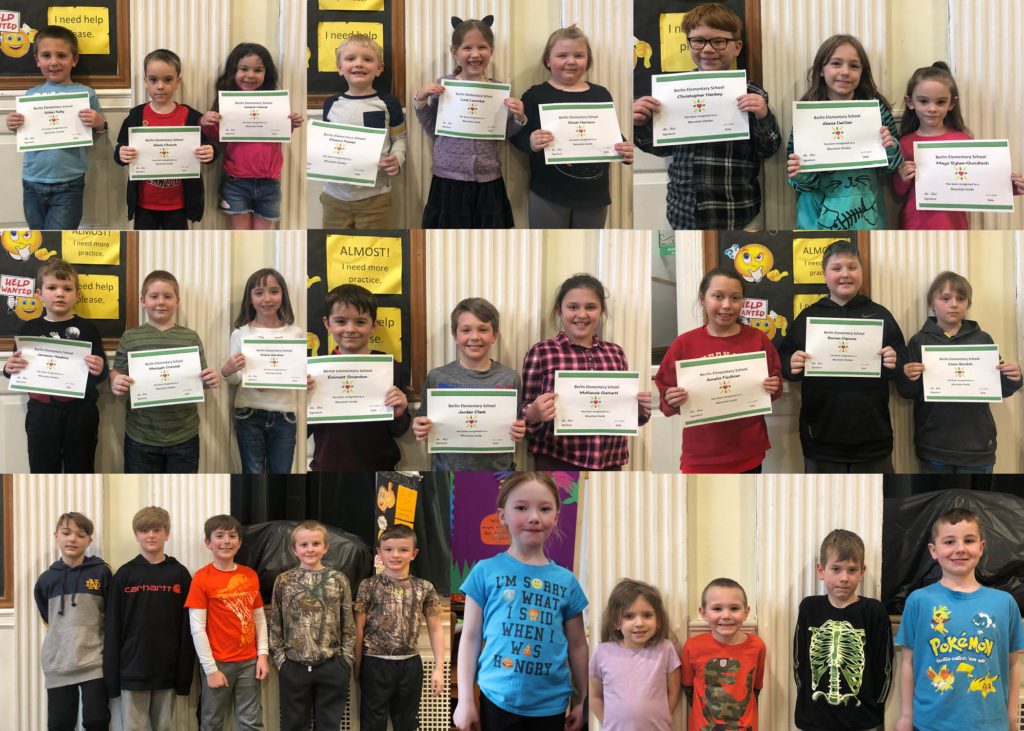 Fifth grader and Student Ambassador President, Isabella Ovitt opened the assembly with the Mountaineer Mantra. Isabelle then asked the students gathered to share their ideas about what honesty means. Many students agreed that honesty is about always telling the truth.

Each scenario had two videos, one demonstrating a way to handle something dishonestly and the other showing an honest approach to a situation. After the first video for each scenario students were asked to identify what went wrong and how they could better approach the situation. Students were then shown the same scenario but with a way in which to handle it honestly.

Principal Mrs. Kent thanked the fifth grade students for their excellent effort and the time they put into making the videos.

The important character trait of Honesty made for a very engaging assembly filled with insightful ideas and comments from the students at BES.

At the conclusion of the Character Education assembly, Mrs. Kent announced March’s Merit, Mountain Guide, Mountain Climber and Mystery Award recipients. This month’s Mystery Award winners were Ms. Rontey’s third grade class for demonstrating that they are responsible, safe and respectful during the assembly. 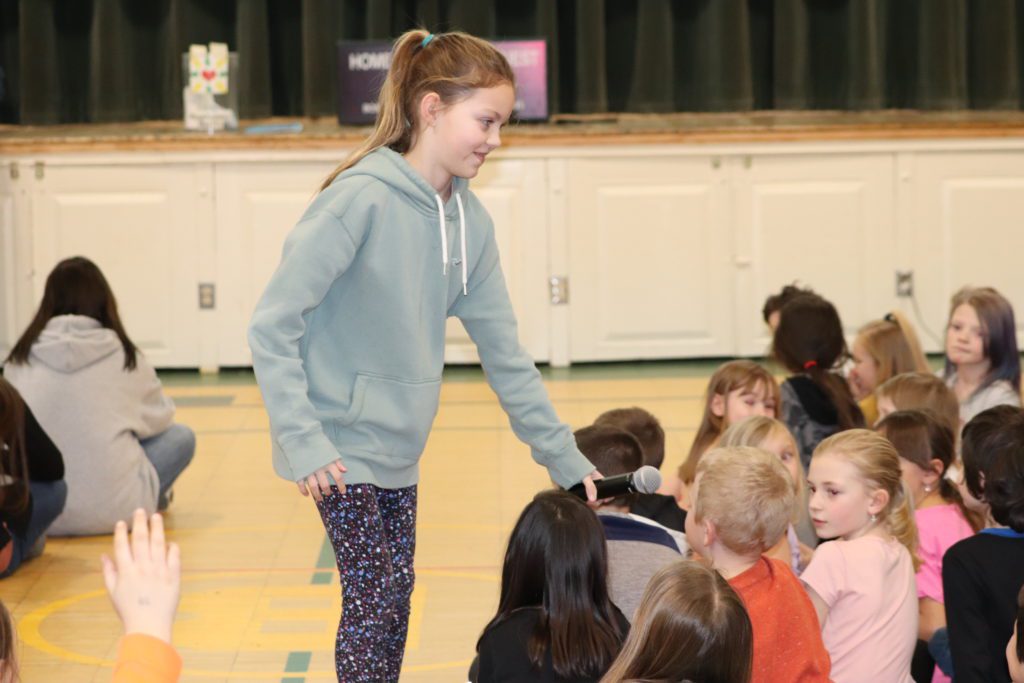