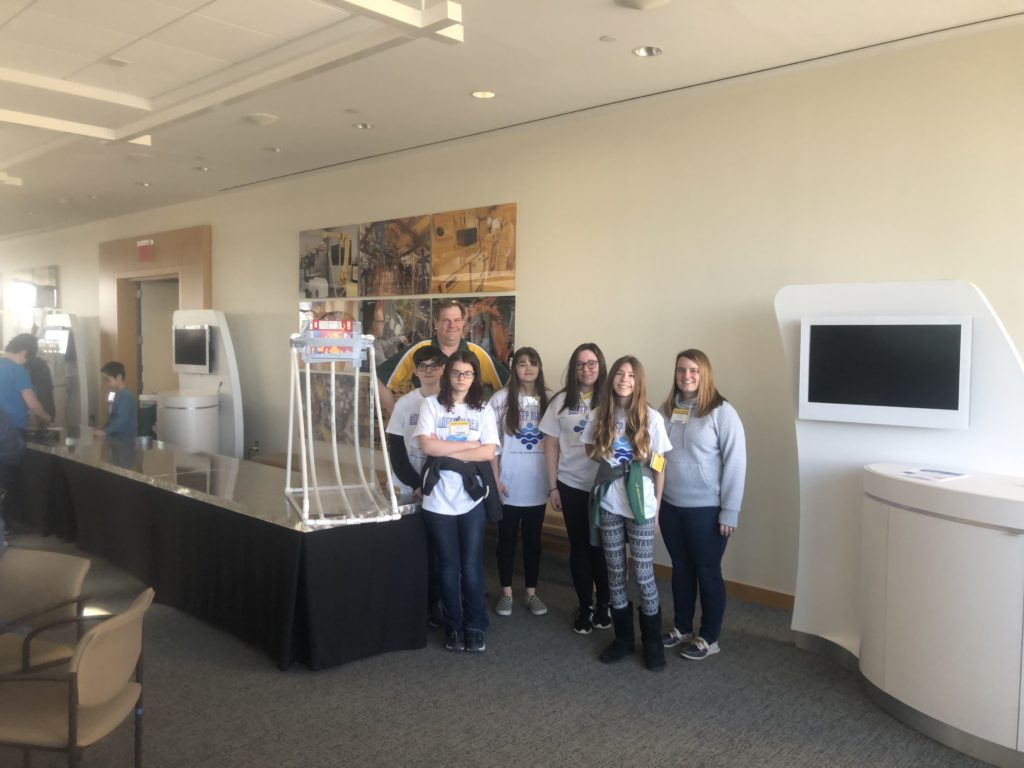 This past weekend Berlin Middle School competed at the Capital Region Science Bowl at the research center for General Electric in Niskayuna, NY. Science Bowl is a science, mathematics and energy centered academic trivia competition where students work as a team to answer as many questions as possible. The competition is round robin style and we competed against some of the largest schools in the capital region. Along with the trivia, students are required to build and race a gravity powered vehicle with a launching mechanism. This year our team came up short in the trivia competition, but ranked fifth in the racecar portion of the competition.