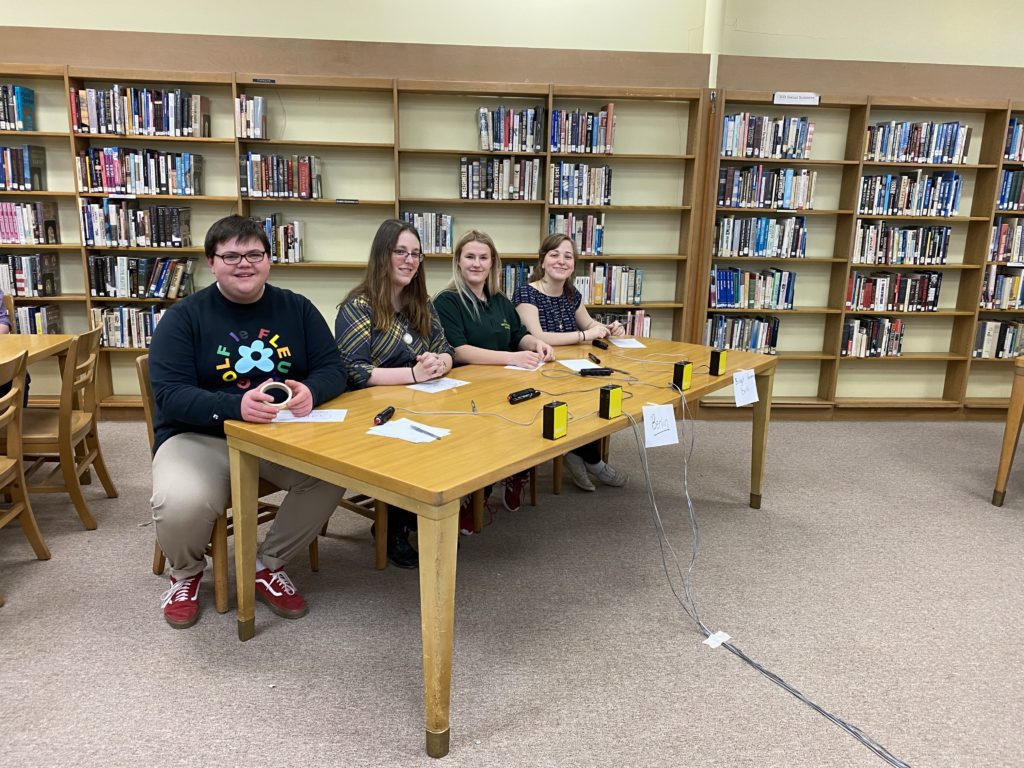 Berlin Masterminds traveled to the Academy of Holy Names last Friday March 6, where Gabe Hemindinger, Bridget Hermann, Jordanne Brazie, Holly Hermann and Elsie Corbett all competed on the varsity team winning their match against Hoosick Falls 135 to 115 but fell short in their matches against Troy and Tamarac. Sadie Guimarra, Connor Sniger, Austin Meyette, Riley Smith, Ray Ericson and Danny Rivera competed on the JV team and played a good game but fell short on points in their matches.

Be sure to wish them luck as the Berlin Masterminds will be hosting and competing in their last match of the year this coming Friday March 13 at 3:30 pm at the Berlin Middle-High School