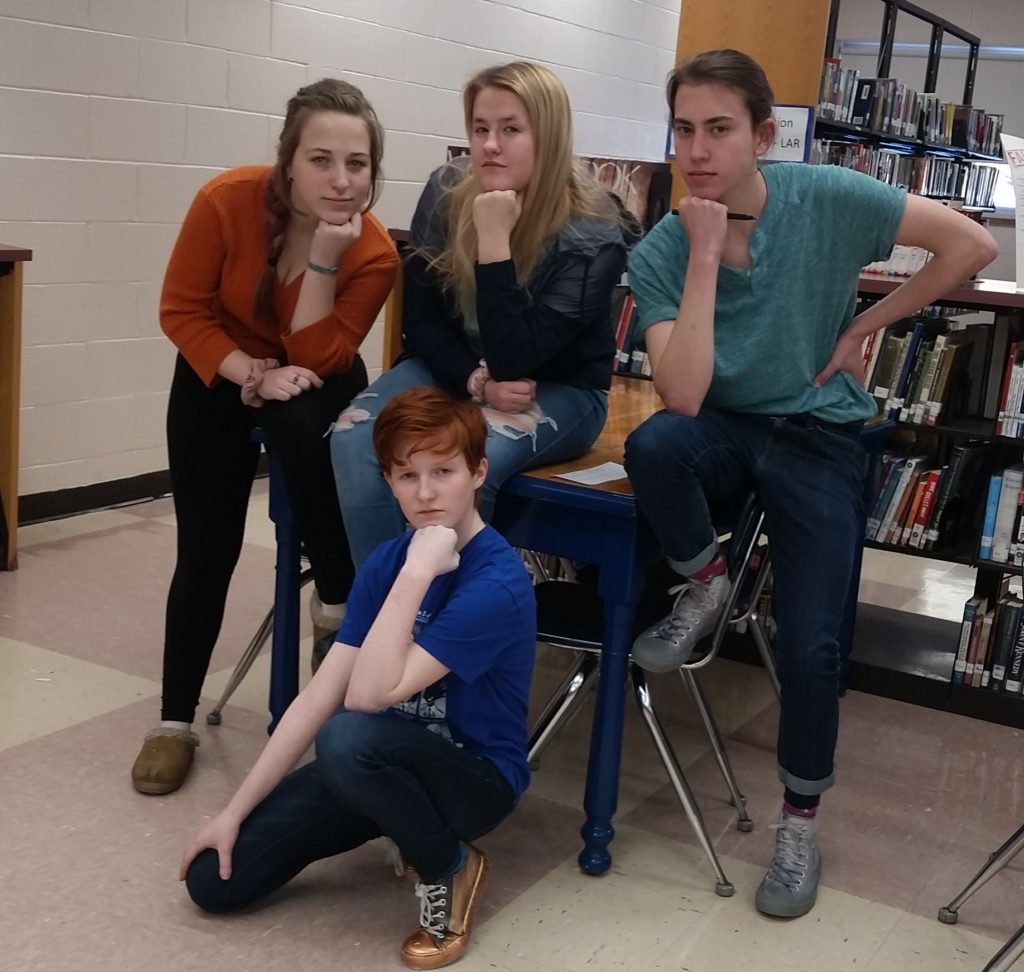 The Bardy Bunch participates in the school-level National Shakespeare Competition, which requires students to memorize and perform a twenty-line monologue from one of Shakespeare’s plays. The winner (resulting from at least four judges’ evaluations with an official rubric) advances to the branch-level competition in Albany, where he or she will also perform a Shakespearean sonnet. The branch winner advances to New York City, where a cold read is added to the competition.

This year’s winners are Jackson Flowers in first place and Bridget Hermann in second place. Jackson will be performing Sonnet 120 and a monologue from As You Like It at 1:00 on March 14 at the Cathedral of All Saints at 62 South Swan Street in Albany. This free event is open to the public