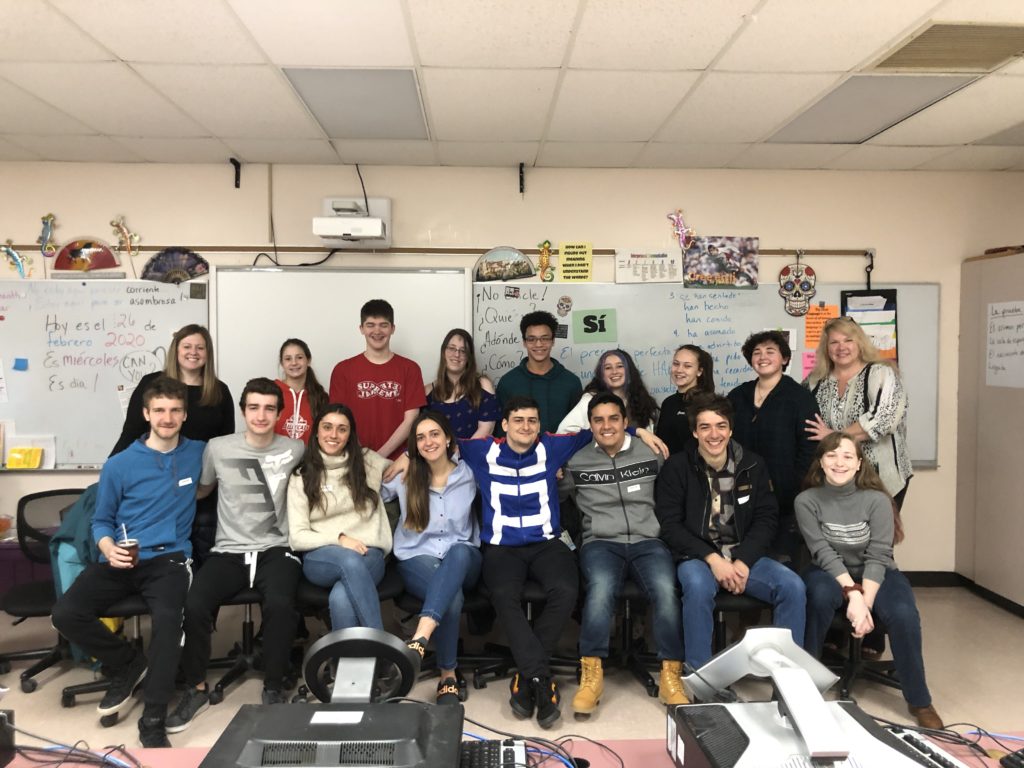 Spanish classes at the Berlin Middle–High School had the opportunity to practice language immersion with seven university students visiting from Argentina last week.

Language immersion in a classroom setting is a method to encourage students to use their second language in spontaneous conversation.

Señorita Karen Day and Señorita Meredith Hammond’s classes welcomed the students, who are currently enrolled in a work-travel program at Jiminy Peak Mountain Resort in Hancock. The Argentinian students are on summer break and taking the opportunity to work and have a language-immersion experience themselves.

While giving skiing lessons, operating lifts and working various other jobs at Jiminy Peak they are using their English while discovering another part of the world.

The students discussed the differences and similarities in their school structure, the types of foods and music they enjoy, the extracurricular activities they participate in, and the sports they play. In many cases there were more similarities than differences, which was a great learning experience for all the students – realizing that their foreign peers have a lot in common with them.

“They shared nice experiences as well as their traditional tea, Mate,” said Señorita Hammond. “We all had a great time! Thanks, Mr. Hutchinson, for making this happen.” 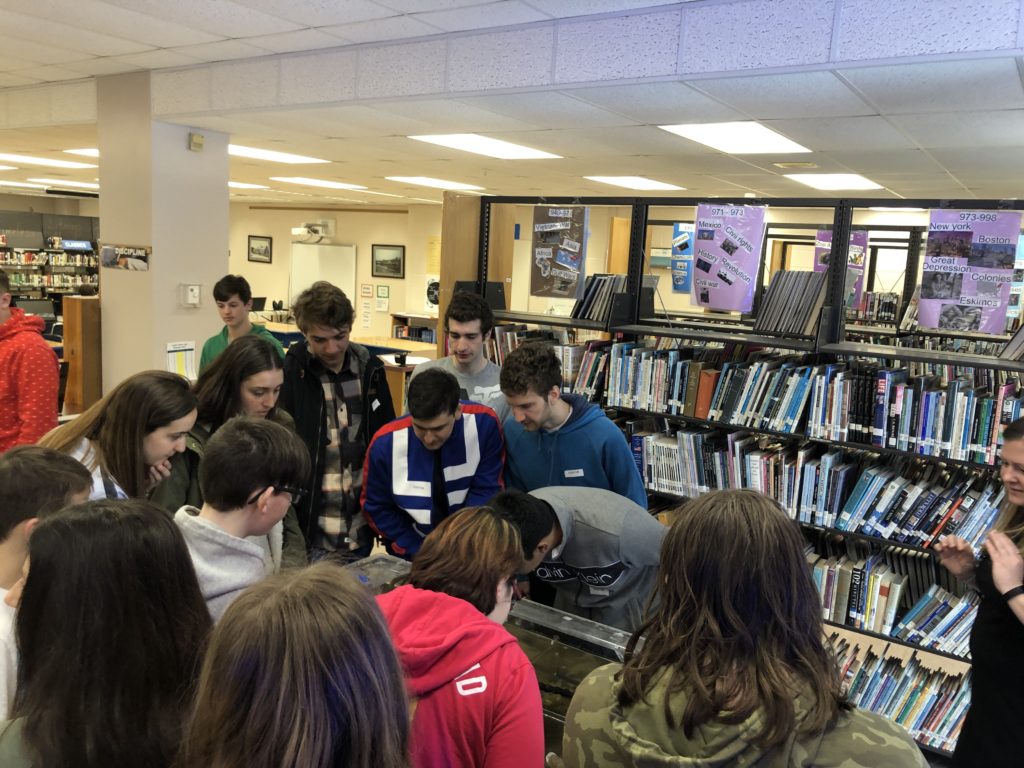 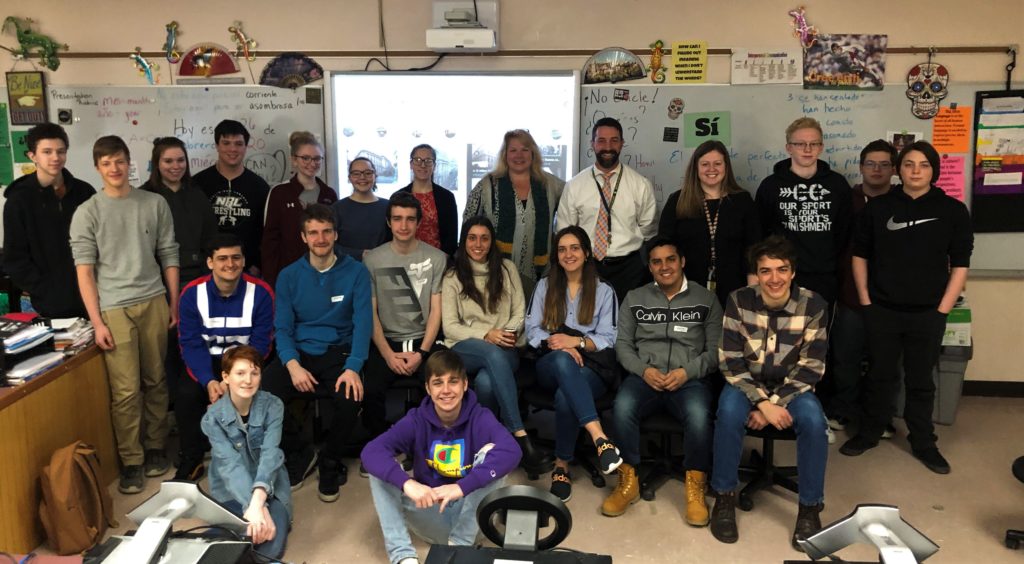 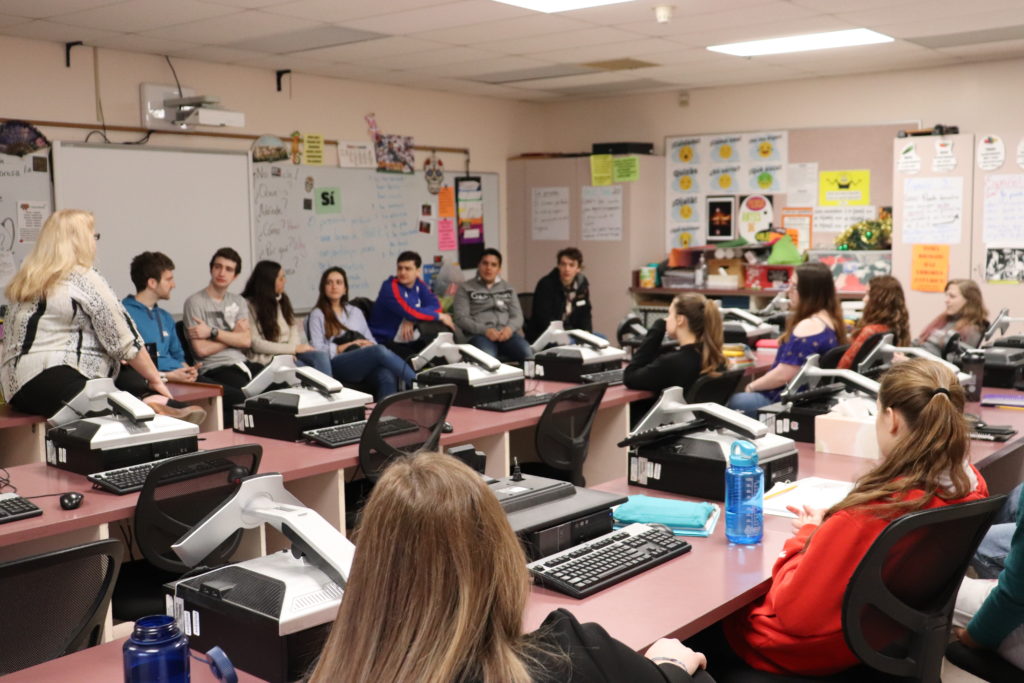