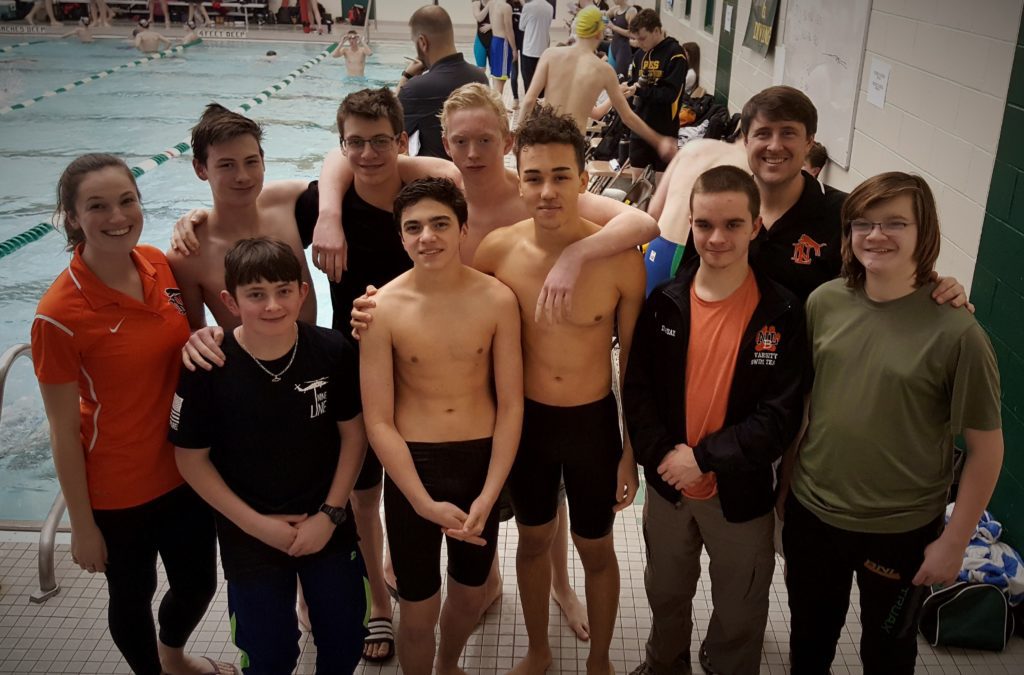 Coach Rizzo and Coach Christiansen, along with members of the Boys Varsity New Lebanon/Berlin Swim Team at the NYS Swim Sectionals in Shenendehowa on February 14th.

The Boys Varsity New Lebanon/Berlin Swim Team competed at the New York State Sectionals in Shenendehowa on Friday February 14th.  Sophomore Matt Kluck competed in the 50 Freestyle in his first year and Freshman Liam Buckenroth competed in the 500 Freestyle.  Both Matt and Liam teamed up with Winter Exley, Braydan McMillian, Riley Schwartz and Cody Dunton to compete in three relays.

Liam Buckenroth hit a qualifying time in the last meet of the year.  He dropped 3 seconds from his time to qualify and he dropped another second at sectionals.  He also dropped a second in the 400 Relay going a 1:06.29.

What a great way to end the year!