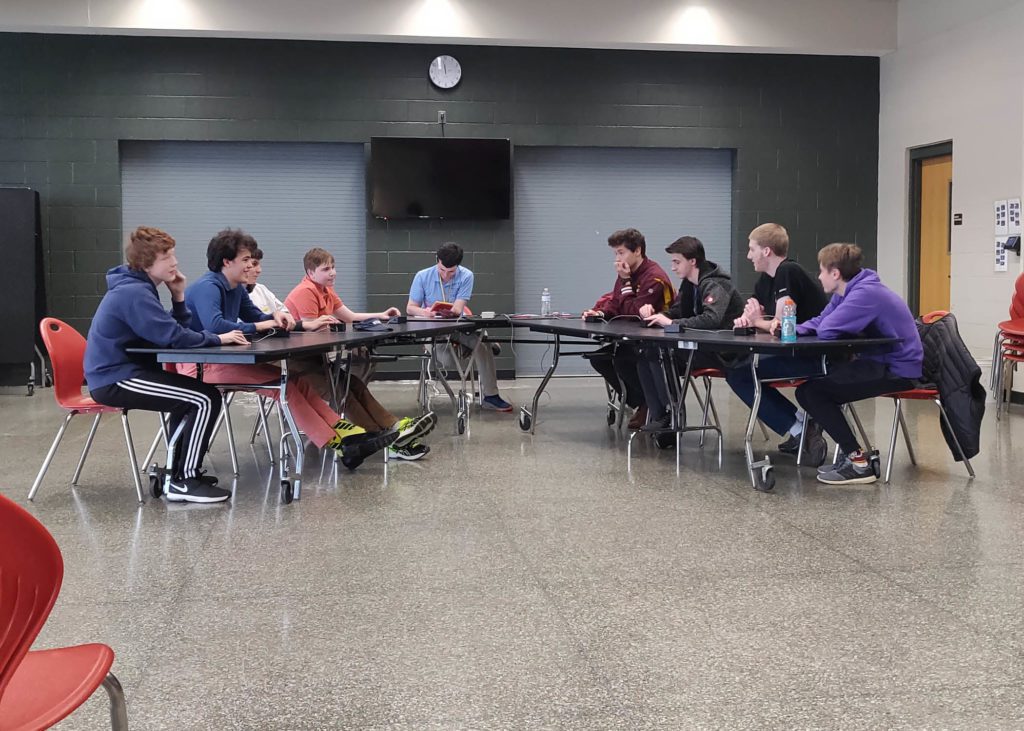 The Berlin History Bowl Teams competed at the National History Bowl qualifier on February 1, at Bethlehem High School, in Delmar, NY. The JV team: Raymond Ericson, Riley Smith and Daniel Rivera faced tough competition from two Bethlehem teams but did not earn a win. Varsity team: Jordanne Brazie, Gavin Bink, Gabe Hemendinger and Zachary Waldron competed against home team Bethlehem as well as visitors from Laurens and Loyola, who traveled up from New York City. The varsity team defeated Laurens in their opening round before falling to eventual tournament winner Bethlehem in the second round.  The team narrowly missed their chance at a playoff spot losing a close match to Loyola.

At the event, Raymond Ericson qualified for the National History Bee’s JV division and Jordanne Brazie qualified for The National Science Bee. These national tournaments will be held in Washington D.C. over the April break.

Congratulations to the JV and Varsity teams for their hard work and best of luck to Raymond and Jordanne in the tournaments in Washington D.C.