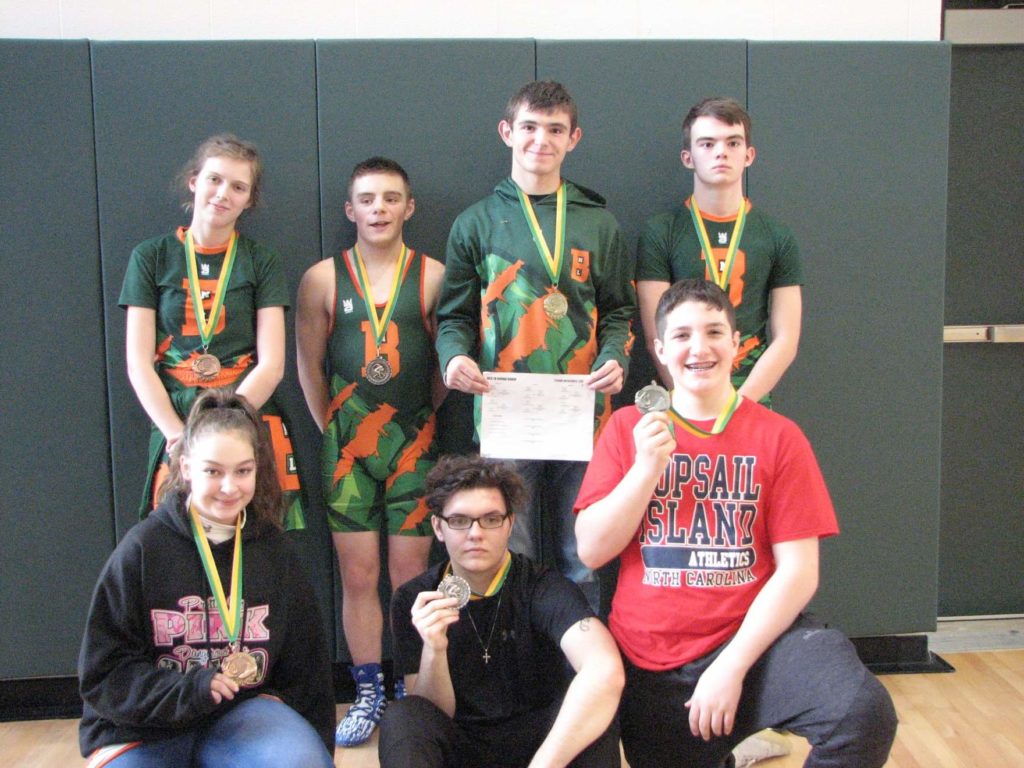 Come Out and Support Our Student Athletes!

Spring sport season sign-ups are out in the locker rooms and cafeteria. Please sign up early so Mr. Weaver can determine if Modified, JV and Varsity teams are needed
Winter Run starts this week! For those looking to get ready for spring sports or just looking to get out to run, Mr. S will be running the Winter Run program on Tuesday and Thursday after school. We will meet by the front entrance at 3pm in our running gear. See you then!

Reported on 1/27
Berlin/New Lebanon Girls Modified Basketball
Girls modified basketball traveled to Cambridge Saturday. With illnesses and injuries, we only had 10 so all 10 played both the Cambridge B team and A team. The first game was high intensity and fast paced. We went into overtime but matched Cambridge point-for-point and still ended in a 21-21 tie game. The second game we were tired. We played hard and tried to maintain our intensity, but we couldn’t compete with the fresh legs of Cambridge and lost the second game. Overall high scorer was Rebecca Madsen with 6 points in the 1st and 4 in the 2nd. Nikki Minkler had 7 in the 1st and 1 in the 2nd. Lilly Gardell had 2 in the 1st and 5 in the 2nd. Tallulah Powers got 1 bucket in each game. Hailey Armold got 2 buckets in the 2nd. Katelyn Miller contributed 3 points in the 1st and Sophia Hart sunk a free throw for 1 point in the 1st. We will finish the season as 1 modified team. We will face Hoosick Falls’ A team tonight at HF and Greenwich’s B team on Tuesday at Berlin Middle/High School.

Reported on 1/21
Berlin/New Lebanon Girls Modified Basketball
Girls modified basketball went to Waterford on 1/18. Waterford got an unexpected early lead in the first quarter. Although we matched them almost point for point through the remainder of the game, we couldn’t recover from the points lost in the beginning. High scorer was Nikki Minkler with 10 points. Then Lilly Gardell with 8. Hailey Arnold got 6 points and Riley Robertson rounded us off with 4. With the short week this week, the girls don’t play again until this Saturday 1/25 at Cambridge.

Berlin/New Lebanon Boys Modified Basketball
On Saturday Berlin/New Lebanon boys modified basketball B team lost to Waterford 36-14. The team played well on defense holding the opponent under ten points a quarter but could not find any rhythm on offense. Next game is next Saturday 1/25 home vs Cambridge

Berlin/New Lebanon Girls JV Basketball
The girls JV basketball team defeated Waterford in a game that came right down to the wire. BNL fought to hold onto the lead but went behind with 50 seconds left. Cool play and teamwork got BNL the win with seconds left. Bri Reger had two offensive rebounds with baskets to seal the deal for us. Bri had 18 points and 13 rebounds.

Reported on 1/17
Bowling
The bowling team hit the lanes 1/16 for their final regular season match. The games were close and our athletes definitely stepped up their bowling as they snatched a game win against Hoosic Valley! Shooting our second high series as a team, 2,506 (a tremendous increase from the 1,890 of our first match), this was a fantastic match to end on. Jordanne Brazie shot 165, 161, 140 for a 466, Danny Hunt was strong with a 209 first game and 462 series, Jake Brazie had a 182 for a 440, Cody Hunt a 149 for a 420, and Rhi Dawes a 140 for a 400. The match shows just how far the team has come since the beginning of the year. Great bowling to all, we’re looking forward to your post season tournament scores! 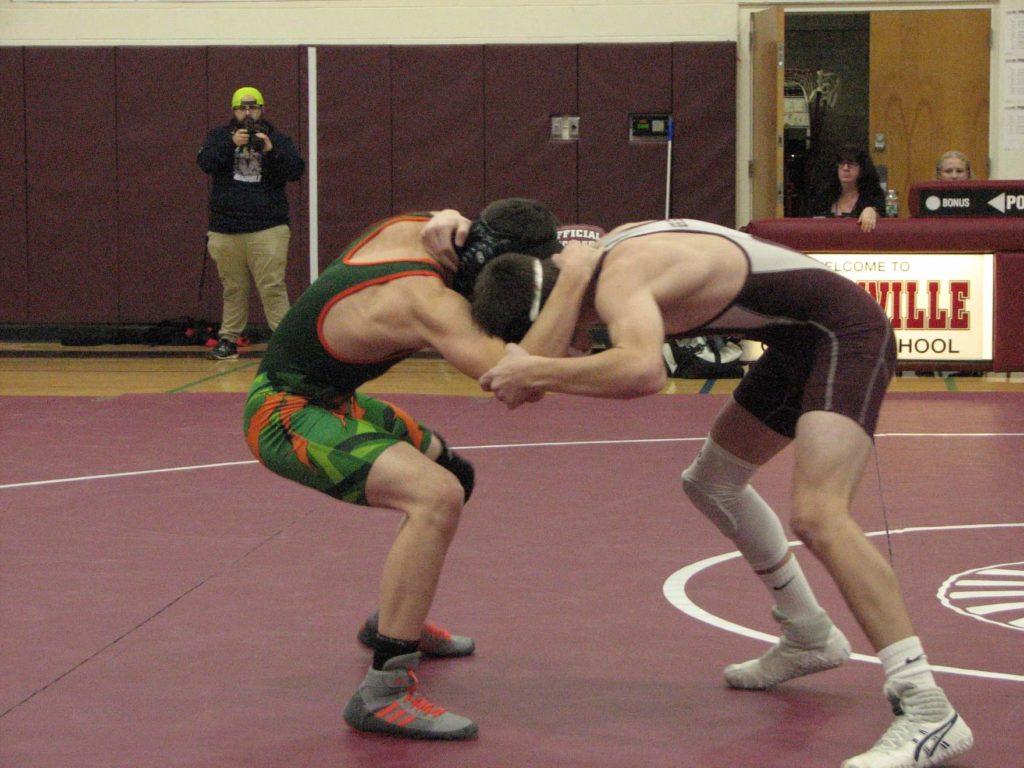 Berlin/New Lebanon Girls Modified Basketball
Girls modified basketball faced Tamarac at home 1/14. The B team started off the night. Both teams were pretty well matched, but we struggled to find our rhythm offensively. Defensively we were able to keep up, but got out maneuvered on rebounding. This one was not a win, but we were moving better and taking more shots by the 4th quarter. Sophia Hart was high scorer with a bucket and two foul shots. Dua Sadiq sunk one of her foul shots to add another point to the final score.

A team took the court and put the first 2 points on the board. Again, both teams were fairly well matched. We were down by 1 bucket at the end of the 1st. Down by 2 buckets at the half. Tamarac came back fighting in the 3rd and we went down another 7 points. Even with a successful press in the 4th, we were unable to come back from the deficit in the 3rd and lost by 9. Rilynn Jones was high scorer with 3 buckets, a 3 and a foul shot made. Hailey Armold scored those first 2 points and 5 more. Nikki Minkler added 3 points. Riley Robertson added 2 and Lilly Gardell added 1.

Bowling
The Bowling team has been finding a groove lately, recording high team scores and series as they begin to wrap up their first season. In a match against the impressive Hoosick Falls team, Berlin bowlers held their own, scoring their highest ever team score with 2,528 total pin fall. Cody Hunt led the charge shooting 155, 192, 182 for a 529. Adding to the new high were Danny Hunt with a 146, 149, 153, 448 series; Jacob Brazie with a high of 177 for a 429; and Rhiannon Dawes with 140, 141, 136 for a 417. Jordanne Brazie set a new personal best with a 190 game. On JV Logan Dunlop was throwing great shots for a high of 127 and Paris DeFilippis and Micayla Price were consistent with highs of 122 and 121, respectively.

Berlin/New Lebanon Wrestling
On Tuesday the Berlin/ New Lebanon wrestling team traveled to Cairo-Durham for their last away match of the year. The team dominated getting pins from Shane Sprague, Josh Wescott, Josh Bosso, Angelo Capozzi, Kevin MacVeigh, and Jesse Cameron to secure a 66-12 victory.

Berlin/New Lebanon Girls Varsity Basketball
On 1/13 the Berlin New Lebanon Ladies varsity basketball team came out strong against Hawthorne, after being roughed up Friday 1/10 against a strong Stillwater team falling 34-63. Against Hawthorne 1/13 BNL ladies found the hoop again and again, posting a 32-20 victory. Scoring for Berlin were Ariana Hendricks with 4 points and Nora Colin with 8. All around solid defense was played by all supported by a great job on the boards collecting rebounds.