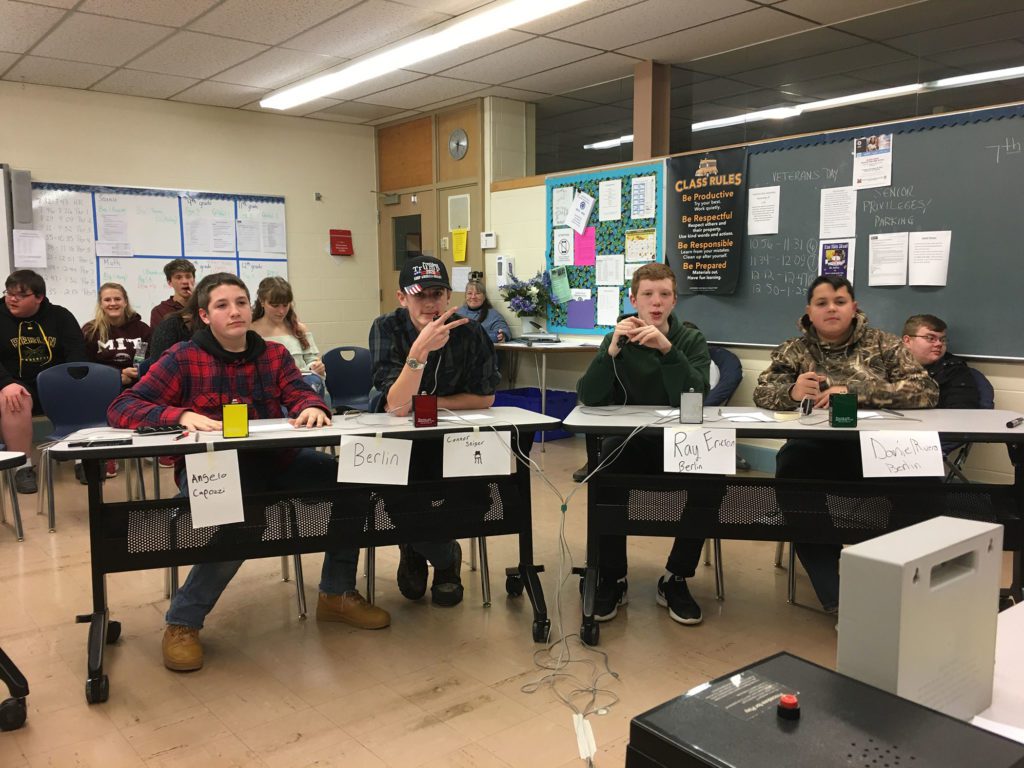 Berlin’s Varsity and JV Masterminds travelled to Tamarac on January 10. Holly Hermann, Jordanne Brazie, Bridget Hermann, Jackson Flowers and Austin Meyette competed for the Varsity Masterminds against some tough competition including Troy and Holy Names. They played a good game against Berne-Knox-Westerlo but fell short on points 115 to 155. Congratulations to Elsie Corbett, Connor Sniger, Riley Smith, Raymond Ericson, Angelo Capozzi, Sadie Giumarra and Danny Rivera who all competed on the JV Masterminds team to win their match against Berne-Knox-Westerlo by not allowing them to score a single point for a final score of 215 to 0. They also played a close game until the half but fell short to Troy 165 to 50.