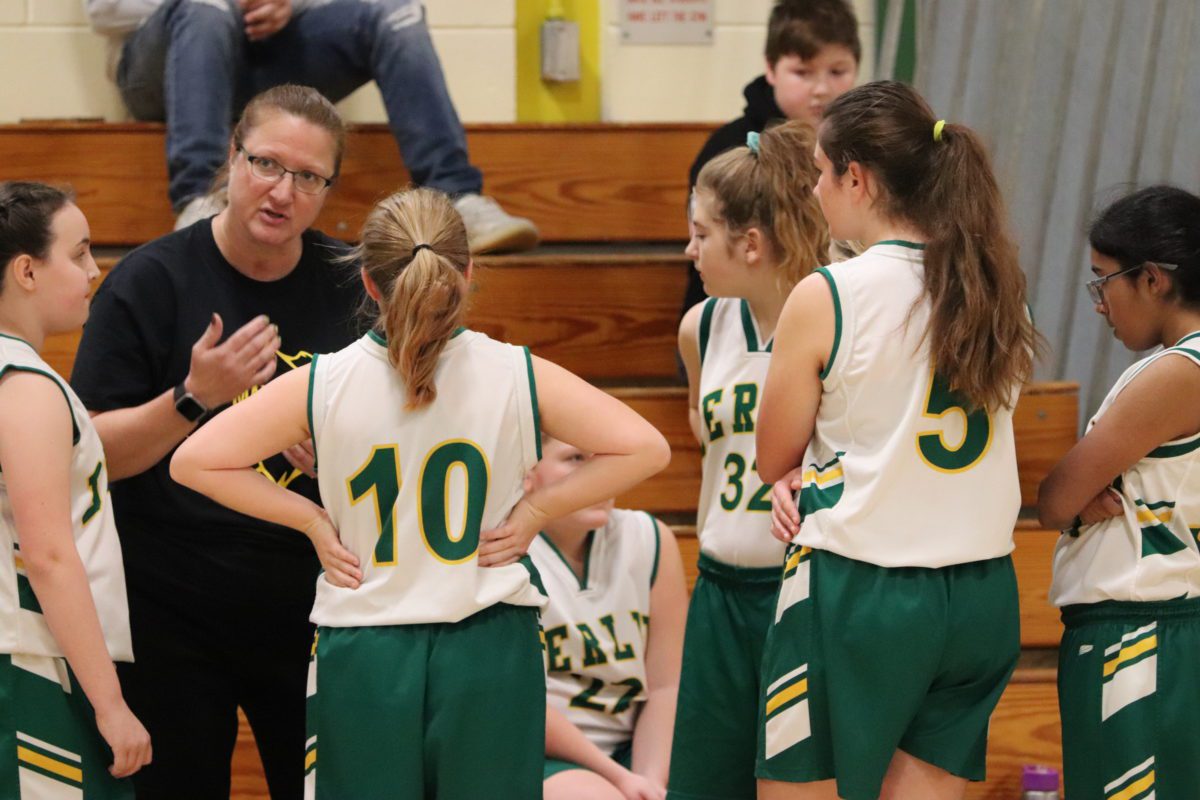 The event featuring Berlin/New Lebanon sports teams was a huge success! Thank you to the Berlin/New Lebanon Booster Club for hosting such a wonderful event and to the many volunteers who made it all possible. Read more about the event here

Saturday the boys regrouped and came out on fire against Mt. Everett for Mountain Madness. Even though their shots were not falling in the first half, the boys kept pushing and took the lead in the third and never looked back. Peyton Labonte (Berlin) had 8 points for the team followed by Kristjon Culbertson (Berlin) with 7 and Andrew Laundry (New Lebanon) with 5. The boys host Mechanicville Friday 12/20.

The Girls JV Basketball team traveled to Hoosick Valley Friday. The girls played a very good game but fell to HV 20-35. After a slow start offensively BNL came out after halftime and outscored HV but couldn’t overcome the deficit. Hannah Mace and Sophie Ericson did a good job controlling the point. Sam Rokjer took charge at point guard and constantly harassed HV’s offense, leading the team in steals and blocked shots. Sam was the top scorer for BNL with 11 followed by Sophy with 3. The girls played Salem Saturday and again started off slowly on offense, posting an 11-34 lose. Tatum Kells lead the team in steals and blocked shots taking charge on both the offense and defense for the team. Hannah Mace once again held her own in the center position with Kenzie Krause stepping up and doing a great job at the guard spot. Kenzie was top scorer with 3, 3point shots giving the crowd something to cheer about.

Girls modified B team kicked off Mountain Madness against Hoosick Valley. We got off to a slow start and allowed 3 buckets in the first quarter. But soon our defense warmed up and we held them to only those 6 points until the 4th quarter. Tallulah Powers dropped a couple shots and the score was 4-6 going into the 4th. In the 4th, HV out hustled us on transition and got a run on points before the smoke alarm interrupted play. This one wasn’t a win, but we played a solid game and we hope to build on that for the game on Saturday 12/21 against Mechanicville.

Girls modified A team started right in, after we were allowed back in the building. Two foul shots by Rilynn Jones had us ahead by 1 after the 1st quarter. We ended the half ahead by 3. Hoosick Valley closed the gap by 2 in the 3rd, but the press in the last 2 minutes of the 4th brought us another lead of 3 to win 18-14. Madsen 6, Jones 4, Armold 4, Minkler 2 and Miller 2. A fast-paced, hard fought win. We hope to bring the same intensity Saturday (12/21) against Mechanicville.

The boys Varsity Basketball team struggled on Friday to find their shot against Hoosic Valley and ended up losing a tough one. They bounced back on Saturday, and after being down 8 in the first half, they defeated Loudonville 41 to 39. Coming out of halftime they held Loudonville to just 4 points and finally started to click on offense. Scoring in the second half was very even, and some of our best team basketball of the year was played on both ends of the floor. We play Mechanicville at home on Friday 12/20.