Berlin Central took three teams to the regional Envirothon on May 8. The students compete as a team and test their knowledge of soils, forestry, wildlife, aquatics and the current issue. The teams are also tasked with creating a presentation that solves a current issue. This year the issue was to restore a hypothetical farm, incorporating new farming technology and environmentally friendly solutions. 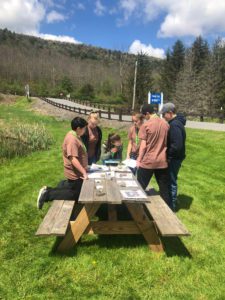 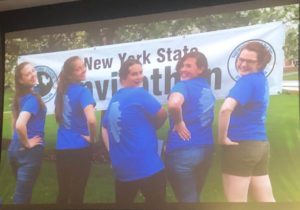 Berlin High School’s gold team of Greta Hermann, Melanie deLaurentis, Jordan Shupe, Matt Brown and Kylieann Krause placed second overall in the regional competition and first in the county. The team was then invited to the New York State Envirothon held at Hobart William Smith College in Geneva, New York on May 22 and 23. The team placed 33rd in New York out of the 62 counties participating. Congratulations!