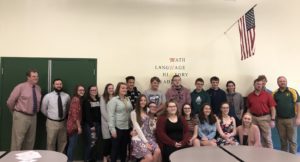 The society was founded to encourage students’ interest and understanding of science and careers related to the sciences. NYSSHS allows high-school students to be recognized for their achievements in science. This includes taking part in science-related activities and also being service-minded for the community.

The members had an opportunity to talk to the middle and high school science classes present at the inductions. The members told about the influence of science education and the impact it has had on their future plans. 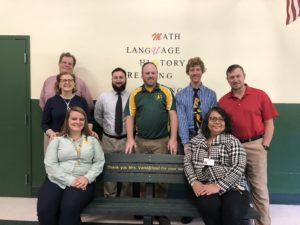 The ceremony concluded with the presentation of a bench dedicated in honor of recently retired and esteemed Berlin Science teacher Audrey Vanderhoef. The bench will be part of a future outdoor science classroom. Congratulations to all the current and new members for their hard work.