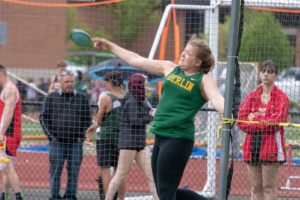 This is the first year the Berlin Track and Field team has combined with New Lebanon to form one program.

With a new track in Berlin on the way, the school boards decided now was the time to start working together to build a stronger program. The student-athletes have worked hard to make one cohesive unit, according to the coaches.

At the Section II Class C meet in Stillwater on May 23rd, the combined track and field team had an impressive showing. 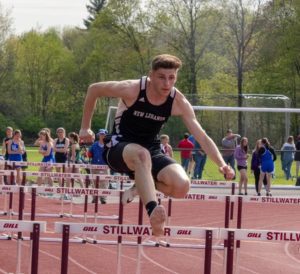 Allison Ryder, a junior at Berlin, placed 1st in the girls’ discus and shot-put events. Tyler Price, a senior at New Lebanon, won the boys’ 800-meter run, was 2nd in the high jump and placed 6th in the 200-meter sprints. Ryder and Price qualified to represent the combined Berlin/New Lebanon team at the State Qualifiers.

Ryder has been on the team since 7th grade. She is a top-ranked shot-putter in Section II. At the WASAREN championships on May 15, Ryder was 1st in the discus and named to the WASAREN ALL-Team. She currently holds the Berlin school record in discus.

Price competes in the pentathlon. He is currently ranked 3rd in Section II. The pentathlon is five events over two days and includes the 110-meter hurdles, high jump, long jump, shot put and concludes with the 1500-meter run.

“Having 50 members makes us more competitive,” said Burhans. We won half of our dual meets and placed 8th and 9th in the 15-team WASAREN Championships.” 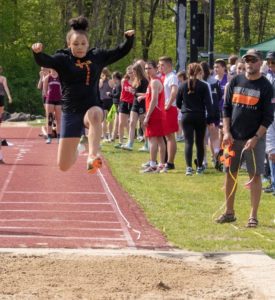 Overall, in the Section II Class C meet the girls’ team finished 6th and the boys’ finished 9th out of the 13 schools participating.

Nora Colin, an eighth grader at Berlin, finished 5th in the girls’ triple jump at the WASAREN championships. The girls’ and boys’ 4×800-meter relay teams both finished 6th.

Burhans added: “The athletes have made new friends and have been able to make good use of the combined facilities, which includes the New Lebanon pool and cinder track.”

This year the uniforms represent both schools. Next year there will be one uniform for both schools to share.