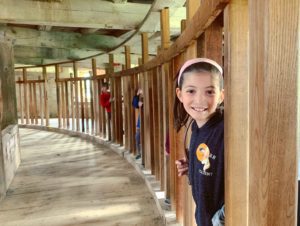 The BES third grade has been studying communities around the world. The third grade team of Ms. Rontey, Mrs. Peter-Hoen, Mrs.V Healy and Mr. Bourquard planned a trip to Hancock Shaker Village in Massachusetts to tie into the unit study. This was an opportunity to see first hand how one of the communities lived.  The students had studied the Puritan community (Pilgrims) so at Hancock Shaker Village, they were able to compare life as a Shaker to the life of a Pilgrim. The students visited the school house, the tannery, the Shaker gardens and the round barn where the baby animals were housed. 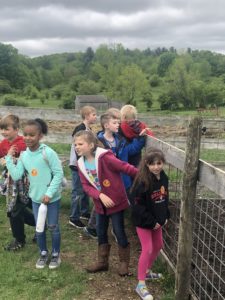 Mrs. Peter-Hoen’s class reflected on their favorite parts of the trip and what they learned.  Below you will find a few student reflections.

My favorite place was the Round Stone Barn.  I really liked the cows. We really learned  so much! I learned that Shakers used chalk instead of paper.  They told us how girls go to school over the summer and boys go in the winter.  The Shakers sold cheese to people for money.