Odyssey of the Mind Tournament Results

Berlin Central School District sent four teams to Coxsackie-Athens for the Odyssey of the Mind tournament on March 9. The tournament is an opportunity for teams to problem-solve in categories that range from building mechanical devices to interpreting literary classics. The event was the local level of the tournament consisting of teams from Rensselaer, Columbia and Greene counties.

The Berlin Elementary and Middle schools fielded two teams each. One Middle School team is advancing to the state-level competition. It consisted of Zach Alderman,Hannah Mace, Connor Sniger, Ash Smerdon, Dan Williams, Rebecca Moore and Jayli Capasso. The team will compete in the next round at Binghamton University and Vestal School on March 23.

Middle School coach Sarah Thibeau’s team advanced on the problem “Omer to the Rescue, Again.” The problem asks students to develop a solution, whereby Omer, one of the Odyssey of the Mind mascots, must perform three rescue missions and saves the day with a team-created vehicle. The vehicle had to meet certain criteria, including fitting into a suitcase of a particular dimension. The vehicle also could not be propelled by hands or feet and had to have steering.

“The team created a fantastic vehicle within those parameters,” said Mrs. Thibeau.

The two elementary teams competed with 94 other local teams. Coaches Courtney Bersaw and Stephanie Scanlon’s team made up of Madison Rontey, Morgan Sharpe, Taylor Morse, Emma Duncan, Addison Dezess and Gabe Florada placed 4th out of 11 in their tournament.

It was an exciting tournament for all involved. 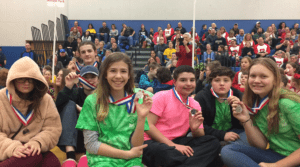 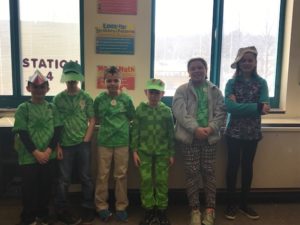 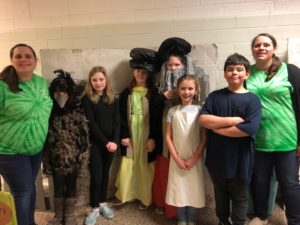 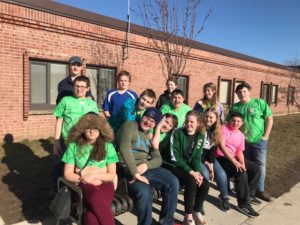 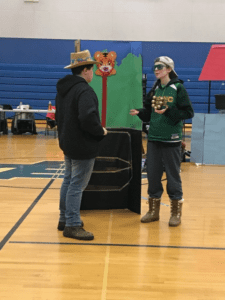 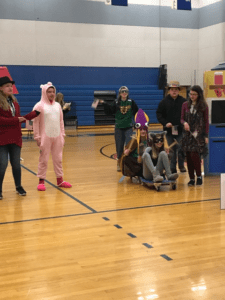