Mrs. Freer spent a week with this group of sixth graders teaching them a new technology tool called bloxels. Under Mrs. Freer’s guidance, students learned to use bloxels to create their own video game.

Students had to create characters using the bloxel app and then build a game board using blocks which were then scanned into the program.

Along with building the characters, each student group had to create a storyline so players could learn more about a current topic the students were studying in school.

In social studies,the sixth graders learned about Rome, so many students decided to have their story based on gladiators, Julius Caesar, slavery and sacrifice.

The students learned to program and have empathy for the player of their game. At the end of the week the students traded devices and played each others games to critique and provide feedback for future improvements. 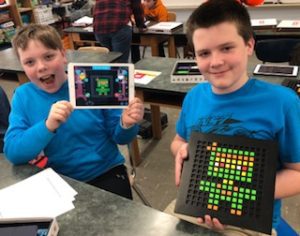 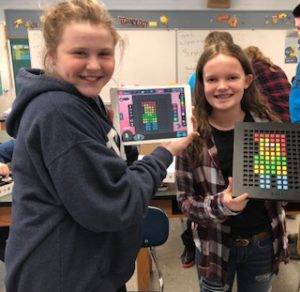 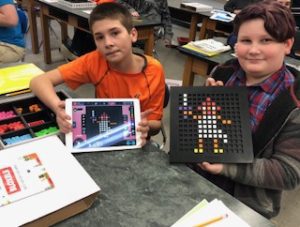