Students who participate in STAR events compete to represent NYS at the FCCLA National Leadership Conference in early summer. This year the following 7th grade students competed Rebecca Smith – cupcake decorating this a NYS level event only, she received a bronze medal (this was also her first year competing in STAR events). Cloey Purdy and Riley Smith competed for a second year as a team by doing an Illustrated Talk – they also received a bronze medal.

This year at the NYS FCCLA Conference there were a few surprises for the attendees from Berlin. We had two graduates/Alumni come for a day Trevar Hall and Katie Mellett evaluated STAR events on March 22nd. They were also joined by Mrs. Dianne Mosher, retired FACs teacher and FCCLA Advisor. The last surprise was when Dr. Cathie Allain, Principal of the Berlin Central MS/HS, arrived at the hotel in Syracuse. Dr. Allain was awarded the NYS FCCLA Administrator of the Year. Dr. Allain was accompanied by her mother, Kate Hulihan. 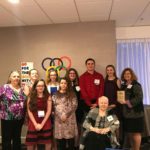 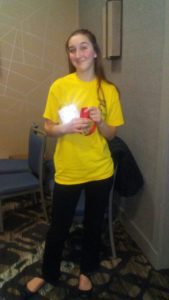 Ariana is pictured with her silver medal 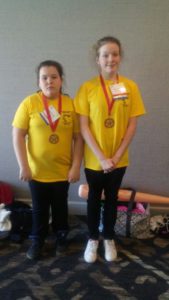 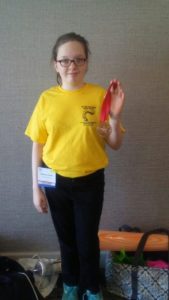 Rebecca pictured with her bronze medal