Berlin Middle/High School hosted its 10th annual Veteran’s Day Assembly to honor our local veterans.  Former and current military members were invited to attend with a guest.  Before the assembly at 8 a.m., the cafeteria put on a breakfast for the veterans and their guests.  During the assembly, the high school band and chorus performed patriotic music for the vets.

We were happy to have a few legislative visitors, as well.  Our Rensselaer County Executive, Ms. Kathy Jimino, attended and spoke to the students and vets.  Senator Kathleen Marchione sent her representative in charge of Veterans Affairs, Mr. Dan Casale, as well as another member of her staff.  They presented the school with a book about The Bill of Rights and The Constitution.
Thank you to Mr. and Mrs. Mike Holmes, who donated six copies of the book “Devotion” by Adam Makos.  This book highlights the heroism of a local veteran, Mr. John “Red” Parkinson.  Mr. Parkinson attended the ceremony and is a veteran of the Korean War. 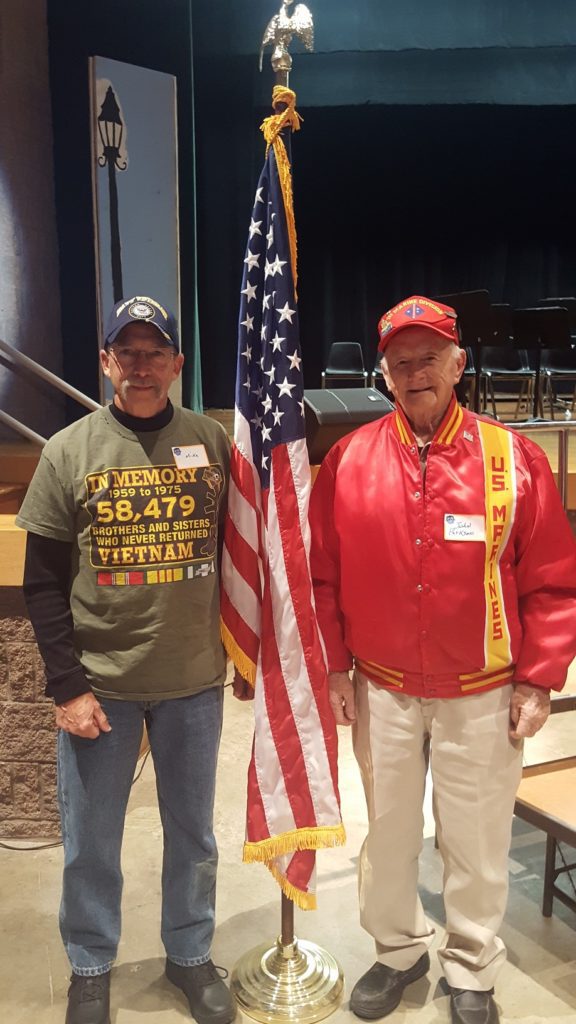 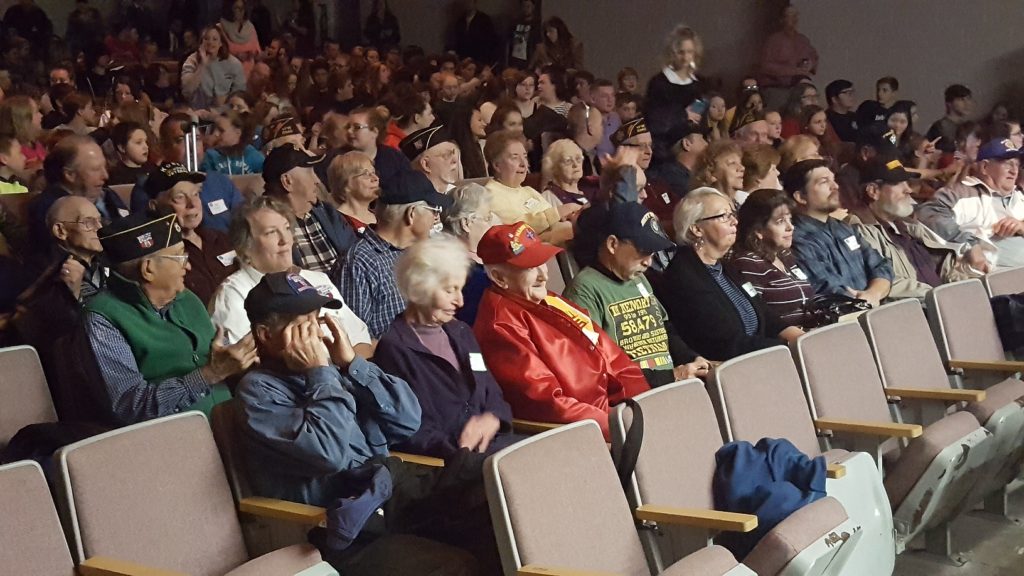 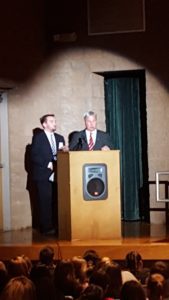 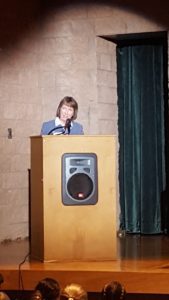 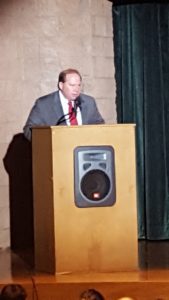